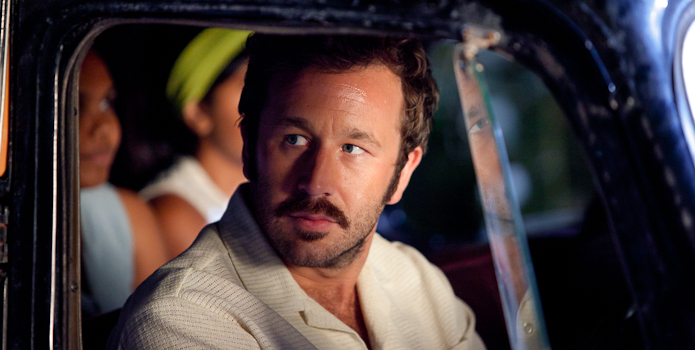 Chris O’Dowd Gets Soulful In Theatrical Trailer For ‘The Sapphires’ A festival hit since it debuted at Cannes last May, The Weinstein Company will finally be releasing The Sapphires in US theaters this spring and have debuted a new theatrical trailer for the occasion, following an earlier festival version. Coming from Australia, the film follows Bridesmaids and Girls star Chris O’Dowd as he leads a group of woman, Gail (Deborah Mailman), Julie (Jessica Mauboy), Kay (Shari Sebbens) and Cynthia (Miranda Tapsell) to singing fame and into Vietnam during the war. Directed by Wayne Blair, this new trailer has a strong mix of comedy and drama, seemingly the tone for the whole film. After securing great reviews the past year, we’re looking forward to seeing if the Weinsteins can make a big hit out of this one this spring. Check out the trailer below. Inspired by a true story, THE SAPPHIRES follows four vivacious, young and talented Australian Aboriginal girls from a remote mission as they learn about love, friendship and war when their all girl group The Sapphires entertains the U.S. troops in Vietnam in 1968. Cynthia (Tapsell), Gail (Mailman), Julie (Mauboy) and Kay (Sebbens) are discovered by Dave (O’Dowd), a good-humored talent scout with a kind heart, very little rhythm but a great knowledge of soul music. As their manager, Dave books the sisters their first true gig giving them their first taste of stardom, and travels them to Vietnam to sing for the American troops.

The Sapphires rolls out on March 22nd.