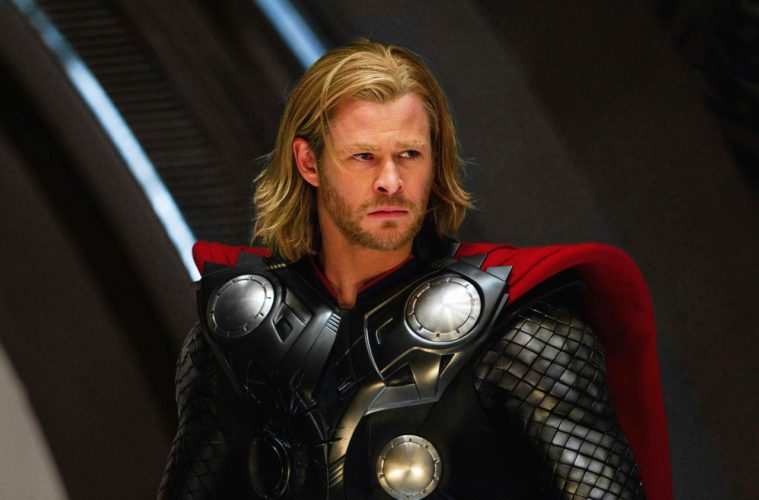 Out of one project, into another — although Chris Hemsworth won’t be seen in the thriller American Assassin, he’s lining up another project in the genre and one much more anticipated for this writer. We reported over the summer that Stephen Gaghan, gave us the complex, adult drama Syriana back in 2005 is finally readying his follow-up, a crime drama titled Candy Shop.

The project has Brad Pitt and Christoph Waltz interested, and most likely to join, in addition to Denzel Washington, Jamie Foxx, Christian Bale, Ben Affleck, Matt Damon and Bradley Cooper. But now the talented Hemsworth is lining up a role in the project which follows and ”elite, highly trained deep-cover operative who loses everything, ultimately disappearing into Brooklyn, where he must start again. He washes up as a beat cop, only to discover the global organization he was dedicated to fighting is also operating in his new backyard.” There’s no start date on the production yet, but expect more information shortly on what’s shaping up to be quite a knock-out ensemble.

Hemsworth isn’t done yet, as he’s also being looked for a Steve McQueen biopic, but not the one his Avengers co-star Jeremy Renner is putting together. This competing project, produced by Jerry Weintraub, is titled Triumph AKA 40 Summers Ago and even has his little brother Liam Hemsworth attached. Although no director is currently attached, Brandon and Philip Murphy, who are behind the Justin Timberlake food critic project The Last Drop, are writing the script, which tells the story of McQueen “and his relationship to his stunt double, Bud Elkins.” While I’d rather see Hemsworth in the former project, hopefully we’ll get news soon.

Which project do you want to see Hemsworth take?