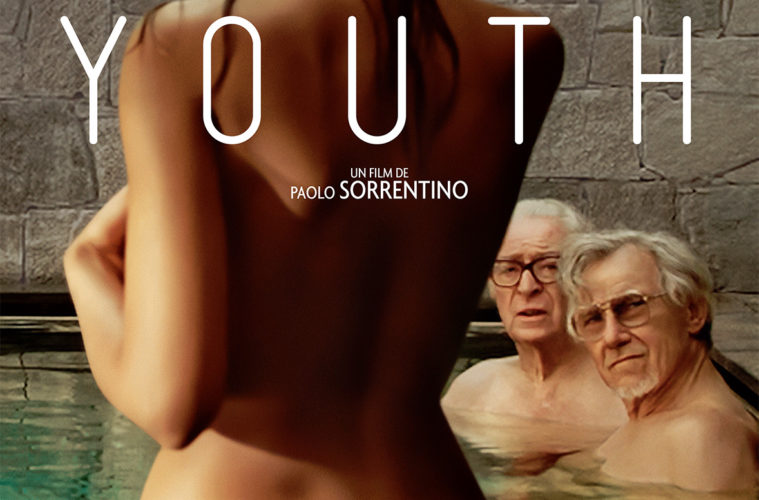 Paolo Sorrentino’s visual prowess is almost always let down by his scriptwriting. That’s why his only feature based on a real-life story, Il Divo (winner of the 2008 Jury Prize), is also his best to date. With the narrative anchored by the extraordinary biography of infamous Italian politician Giulio Andreotti, Sorrentino was able to indulge in his stylistic extravagance with legitimacy, pulling off a political biopic both trenchant and thoroughly engaging. Such legitimacy is precisely what is lacking in Youth. While Youth may not be his worst film (that honor still firmly belongs to his previous foray into English-language filmmaking, This Must Be the Place), it is his most pretentious and bombastic.

Youth is narratively uneventful, striving to be a film of grand ideas. The main themes are no less than death and art, contemplated at length in conversations amongst characters staying at a swanky spa resort in the Alps. Primary amongst these are the exchanges between Fred Ballinger (Michael Caine), a retired composer and conductor, and his lifelong friend Mick Boyle (Harvey Keitel), a director in the midst of writing the script to a film he believes will be his triumphant swan song. Both are grappling with the implications of old age, in terms of their approaching death as well as their artistic legacy. All of the dialogue is so transparently subservient to the film’s thematic concerns, it’s very rare for any of it to feel authentic. It’s also overloaded with a grating self-referentiality that borders on the self-pitying, as these artists lament the hardships of the creative process and the pain of being misunderstood (or, rather, underappreciated).

There are moments of genuine poignancy, such as a scene in which Fred’s daughter Leda (Rachel Weisz) holds forth in a long breathless monologue, reproaching Fred for his many failures as a father and husband while tears stream down her face. Not only are her lines some of the most believable in the film, but it’s also one of the very few instances where Sorrentino exercises some restraint, framing her in a unobtrusive medium close-up and letting the actress do the emotional heavy lifting, which she accomplishes beautifully.

Otherwise, moderation is as good as absent. Sorrentino and Luca Bigazzi, the DP on all his features except his debut, devise an abundance of truly ravishing scenes, getting as much mileage out of the hotel’s lavish interiors and ultra-modern spa facilities as they do from the stunning alpine setting. However, so little of it feels purposeful and when it does, it merely serves to emphasize the hollow pomposity of the script. Take the conversation towards the end, where Mick despairs over the essence of cinema and asserts that his ambition is to make films that talk about human desire, “so pure, so impossible, so immoral – but it doesn’t matter, because that’s what makes us alive!” This high-flown declaration cues the start of a swelling orchestral number and the scene cuts to a crane shot that gradually reveals a man levitating in front of a spectacular mountain range panorama.

Fred’s most famous composition, The Simple Songs, is used throughout as a symbol for the film itself, stated overtly in the conclusion as Fred says, “We like to think of ourselves as simple songs.” Youth is certainly not a simple song, just a simplistic one.

Youth premiered at Cannes Film Festival and will be released by Fox Searchlight on December 4th. See our complete coverage below.