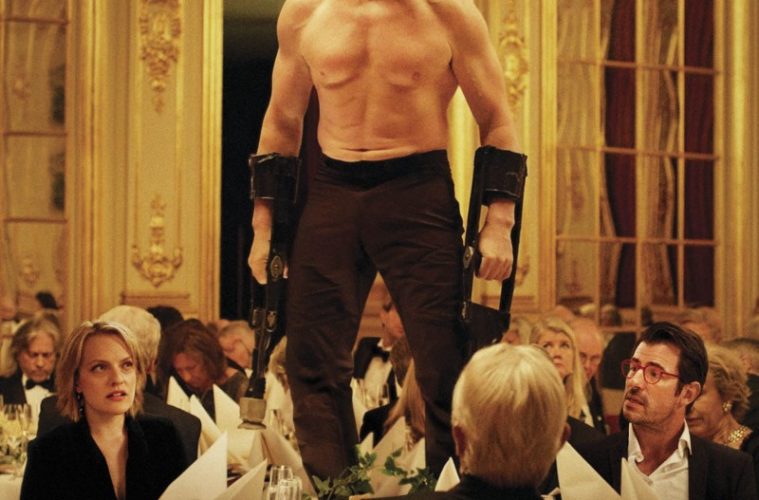 When it comes to satire, there are few easier targets than the world of contemporary art. “My 5-year-old could do that,” so goes the saying. This is not to indicate that the art world is no longer fair game, but the self-seriousness of that scene and the conceptual nature of what it tends to put out have been battered with the same stick for so long that, by now, it’s become almost impervious to such jabs. Almost.

One of the rare exceptions might be Ruben Östlund’s The Square, an acerbic, sphincter-tightening dark comedy that works as a sort of drawn-out spiritual castration for its über chic Stockholm art curator protagonist. Indeed, Östlund’s film is about our relationship with art, but it concerns a number of other things, too — perhaps a few too many things, even if you never really feel the 142-minute running time. It’s about class, masculinity, and the psychological consequences of inaction (perhaps the key Östlund theme). More specifically it’s about the way we project in modern society and that awful fear we all share (right?) that the person we present to the world might not be who we really are.

Claes Bang plays Christian (how subtle), the dashing curator of the fictional X Royal contemporary art gallery in Stockholm. We first meet him doing press for an upcoming exhibition with a journalist, Anne (Elisabeth Moss), who appears flustered by his mere presence, and it’s not hard to see why. Christian is beefy, successful, and finely dressed, sat in front of a Joseph Kosuth-styled neon artwork that says “YOU ARE NOTHING.” Östlund will use the next two-and-a-half hours to cruelly strip off the emperor’s clothes. Christian’s first test of character comes when he decides to intervene in a seemingly violent lovers’ dispute on the sidewalk. It’s a moment reminiscent of the avalanche sequence in Östlund’s last outing, Force Majeure, except that Christian does act. However, it turns out to be a con and, given his humblebrag reaction, it’s difficult to not feel some schadenfreude when we discover that his wallet and phone have been stolen in the process.

Indeed, hubris runs riot in the world of The Square. Christian reacts to the robbery by tracing his phone’s whereabouts on an app to an apartment complex in a working-class part of Stockholm and, with the help of his employee and few glasses of red, drops threatening letters into each apartment’s letterbox. The Old Testament rule of law vibe in Östlund’s films — thematically similar in some ways to the Coens’ Fargo — is designed to elicit that exquisitely excruciating pain of watching a character be repeatedly given a chance to get out of the awful situation they have gotten themselves into, only to let it pass by, usually for no reason other than to save face or maintain an already lost status quo. Christian tries desperately to cling on to his proto-masculine self-image for far too long, and Östlund is consistently on hand to punish him for it. His misery is somehow ordained, the will of the gods.

Östlund further exhibits this alpha male subtext by explicitly placing Christian in two scenes with primates, first in an agonizing sexual encounter with Anne and then in a swank opening gala where the guest of honor, a performance artist, Oleg (played wonderfully by mo-cap performer Terry Notary), terrorizes the bourgeois crowd and appears to almost rape a woman while mimicking an orangutan. It’s a wonderfully provocative and challenging centerpiece and one that asks — as echoed in the artist’s statement — whether the viewer is the type of person that hides in the herd or the type that will put themselves at risk by standing out. It’s a situation that Östlund continually comes back to in his work, examining our human pack mentality. The comedy of a scene early on in which a man with Tourette’s syndrome interrupts an interview with an artist (played by Dominic West in full Noah Solloway mode) is not funny for its profanity but for how the liberal crowd collectively attempts to find the most woke way to react.

Prompted by a pair of idiotic SEO guys, the gallery heads choose to use an obscene promotional video for their new exhibition, one that asks, “How much inhumanity does it take to wake your humanity?” Christian encounters and interacts with a variety of beggars throughout the film, but seems much happier keeping these people at arm’s length and conducting his charitable gestures in more abstract formats. What can one person do when society is to blame, he seems to ask in the film’s unnecessarily expositional finale. Christian’s sins are all too relatable, perhaps, and while The Square is not as slick and streamlined a film as Force Majeure, it still hunts for that same meaty psychological game and is never afraid — no matter how close to the bone — to twist that knife.

The Square premiered at the Cannes Film Festival and will be released on October 27. See our coverage below.