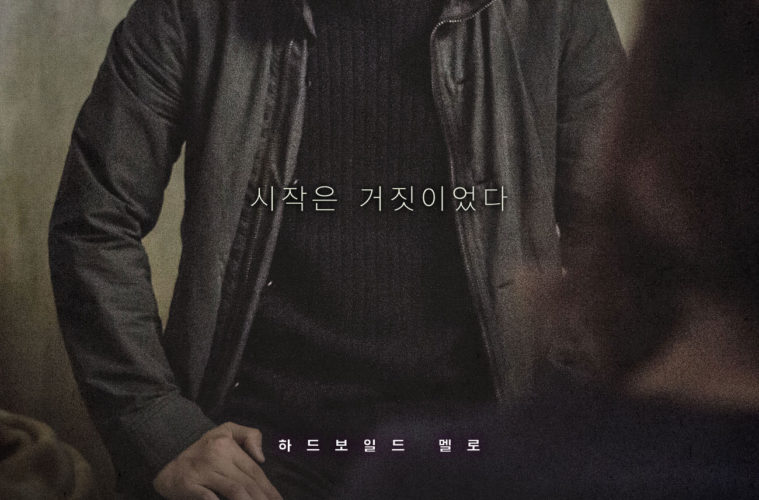 There is something to be said about the satisfying catharsis from a pure melodrama — a movie that is so earnest and excessive in service to its genre conventions that it allows you to savor every little trope you eagerly recognize. The Shameless, a South Korean cop-underworld melodrama that offers up the genre satisfaction of clichéd excess performed to a tee, is a film that fits perfectly in this category. The second film from director Oh Seung-Uk (his first in fifteen years) is a tale that is essentially a romance wrapped in a cop/crime aesthetic and narrative. The plot follows a dirty homicide detective Jung (Kim Nam-Gil) who is ordered to find and cripple a mob enforcer Park (Park Sung-Woong) who murdered a fellow organized crime member. In order to find him he uses Park’s mistress Kim Hye-Kung (Jeon Do-yeon) to lure him out of hiding.

While it overstays its welcome and becomes slightly convoluted, these factors of excess are part of its charm. The action is brutal, in a great way, while the sound editing, which is harsh for the entire film, greatly enhances these sequences. The sex scenes also feel overly emphasized, which adds to the beautiful emotional excess. The film’s focal point, the love story, may be predictable, but there is a thrill to watching it unfold and develop into the chaotic mess that we expect.

One of the central and familiar themes of the cop/crime genre is the “two sides of the same coin” thematic that has been explored to significant effect in Michael Mann’s Heat and the Hong Kong crime epic Infernal Affairs. The Shameless explicitly touches upon this briefly but implicitly explores it for much of the film. Detective Jung is quite clearly a dirty cop, part of a larger corrupt unit and is more or less completely immersed in a bizarre form of a self-righteous culture. In comparing him to the suspect he is hunting, Park, detective Jung is arguably less honorable. Park is without a doubt a violent and aggressive gangster but he operates within the code that has been established by his world, up until he kills a fellow gang member.

Detective Jung, however, is explicitly labeled as an authority figure and normally would be a force for good. As Max Weber said, the state is the only one with a legitimate monopoly on violence. And thus he is a symptom of the mass perversion of the institution, a perversion that is in many ways more grotesque than the underworld it mirrors. There is such a degree of collusion and intimacy between the cops and organized crime that betrays the perverse nature of the system.

While the crime elements are arguably the strongest that run through the film, the love story is the core and what it ultimately relies on to succeed. With the romance, we establish the aforementioned corrupt dichotomy between cops and criminals. Both men are attracted, and to some degree, fall for the same woman. She is not so much torn between them as she is destroyed by Jung along with the police and the greater syndicate fighting to take down Park. We learn in the opening moments of the film that Park killed his fellow syndicate member because of Kim out of some warped sense of love. Jung, on the other hand, is manipulating her and falling for her is merely an unforeseen consequence. Thus, from the start, Jung is lying and behaving unemotionally while his criminal counterpart is acting passionately. Jung is fighting, entrenched in an institutional framework, while Park has acted outside the rules of both worlds and is an individual isolated and on his own.

The Shameless is an indulgent and fun little crime melodrama that hits most of the right notes, with the aforementioned thematic interplay being an important part of what makes this drama work. It doesn’t reach the heights of such South Korean crime classics like New World, but it is part of the trend of consistent, worthwhile genre cinema that is being produced by the country.

The Shameless premiered at Cannes Film Festival. See our complete coverage below.