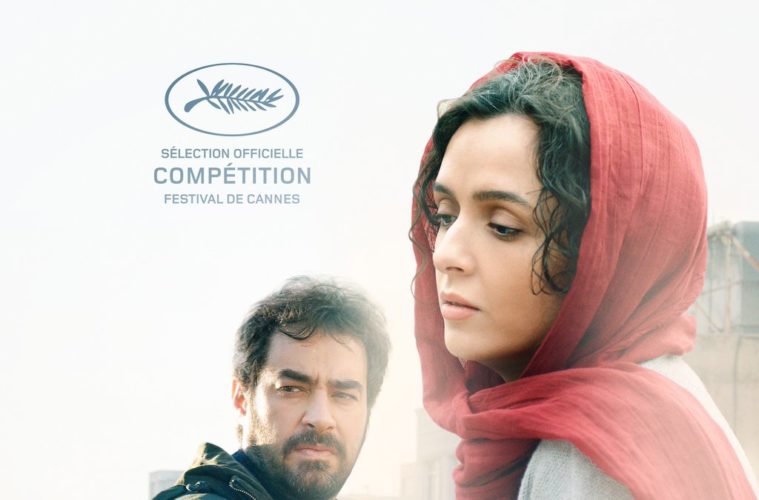 Excessively schematic plotting is a recurring weakness of writer-director Asghar Farhadi’s work. Films like About Elly and The Past suffered from contrived narratives, though the emotions they were able to generate – in the characters, as well as the viewer – were powerful enough that they largely compensated for the overdetermined nature of the films’ trajectories. This isn’t the case with the The Salesman, sadly. Uncharacteristically inert, the film plods its way to a strained finale that erodes much of the strength of its potentially compelling themes.

After being forced out of their apartment due to structural damage, Emad (Shahab Hosseini) and Rana (Taraneh Alidoosti), a seemingly happy married couple, have to find the quickest possible alternative. A friend sets them up in a new place, which, unbeknownst to them, was previously the home and workplace of a prostitute. One evening while Emad is out, a client of the former tenant arrives at the apartment. Surprised to find Rana there, he attacks her and flees, leaving her unconscious.

Farhadi doesn’t show the event. Through a narrative ellipsis, he keeps it purposely ambiguous and since Rana claims she doesn’t remember, it is never revealed what exactly happened. While, on the one hand, this invites thematically necessary speculations about whether Rana was sexually assaulted, it also allows Farhadi to set up an unlikely scenario in which the assailant left behind a number of clues – a cellphone, a set of keys, a wad of cash, and a trail of bloody footprints – that will enable Emad to discover his identity in the film’s final scene. So, what, upon arriving, the mysterious man took his phone and keys out of his pockets, put aside the prostitute’s fee, removed his shoes, and then attacked and possibly molested Rana before cutting his foot and running away? There are other possibilities, but none of them are particularly credible.

Nonetheless, the uncertainty does trigger a captivating breakdown of the couple’s marriage as Emad, who at the film’s outset was portrayed as a thoroughly kind and decent man, is racked by suspicion. Fearing that his honor has been besmirched, he obsessively tries to track down the culprit to exact revenge, with virtually no regard for the trauma that his wife has gone through. As in his sublime Golden Bear winner A Separation, Farhadi exposes the rigid codes that govern Iranian society, condemning the gender inequality that they perpetuate.

These themes are quickly established and The Salesman then takes much too long to arrive at the final confrontation with the attacker. The only diversion from Emad’s protracted investigation are scattered scenes depicting the theatre production of Death of a Salesman, in which Emad and Rana play Willy and Linda Loman. The relevance of this quintessentially American play is not apparent, though perhaps Farhadi’s intention is to endow his story with universality by drawing a parallel between American and Iranian society, arguing that both have strict rules and expectations that entrap their respective citizens, precluding their happiness. Even if correct, it would be impossible to come to this interpretation without being already familiar with Arthur Miller’s play, as the film only includes very short segments of the performance that would be largely meaningless to those who haven’t read it.

The Salesman premiered at the Cannes Film Festival and will be released by Amazon Studios on January 27. See our coverage below.