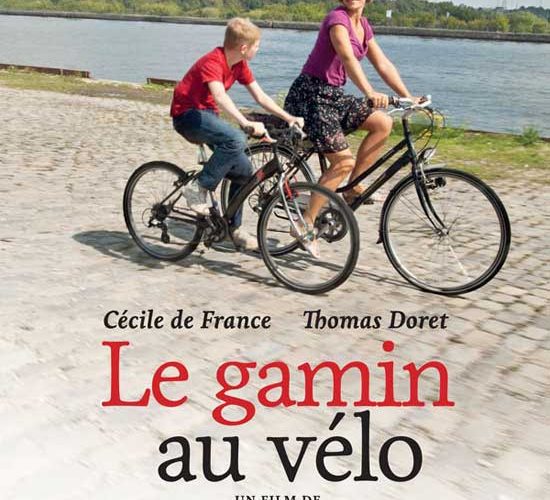 [Cannes Review] The Kid with a Bike It’s not a proper Cannes film festival without an entry from the two time Palme D’Or winners the Dardenne brothers. Luckily the Belgian duo are back with another powerful work of cinema that continues to define their unique style of creating vivid portraits of real people in really tough situations. They are experts of presenting socio-economic issues with life-like scenarios often with emotionally devastating results. Such is the case with their two previous Palme D’Or films Rosetta and L’Enfant, both of which leave you reeling as the final moments unfold. With their new film they continue this tradition but in a slightly more uplifting manner that makes this entry their most accessible film to date. In The Kid with a Bike, the story centers on 12-year-old Cyril, played by newcomer Thomas Doret, whose been abandoned by his father into a foster home. Refusing to believe that his dad would have moved out of their old home without leaving Cryil his treasured bike is unfathomable to the young boy. He’s filled with vitriol at his situation and needs to see for himself if his bike and father still remain in their old apartment. After escaping to retrieve his bike, he finds refuge in a young woman Samantha, played by famous French actress Cécile de France (who also appeared in Clint Eastwood‘s Hereafter), before being whisked away back to the foster home. However he leaves such an indelible mark on Samantha, that she is compelled to find and return his bike, which had been sold by his broke father for money.

What unfolds is a tragic tale of trust, as Cyril has never been able to rely on anyone his entire life and cannot fathom why his father would want to abandon him. If that description alone of the story didn’t pull on your heartstrings, then surely the brilliant performances of the two leads will. As Cyril and Samantha relationship continues to develop, so do these issues of relying on one another for support and love. It’s an emotional roller coaster ride for both of them as Cyril is manipulated by a local thug to help rob a newspaper stand and Samantha sacrifices her other relationships for this young boy.

The Dardenne brothers have successfully created another vivid portrait of working class Belgians whose problems are sympathetic and truly universal. Cyril doesn’t recognize the love that Samantha is trying to instill in him, the love he needs to calm his violent temper. This emotional contrast defines the film and exemplifies the kind of cinematic power that the brothers Dardenne wield. Another big runner up for the Palme D’Or, The Kid with a Bike is a perfect example of how moving cinema truly can be.