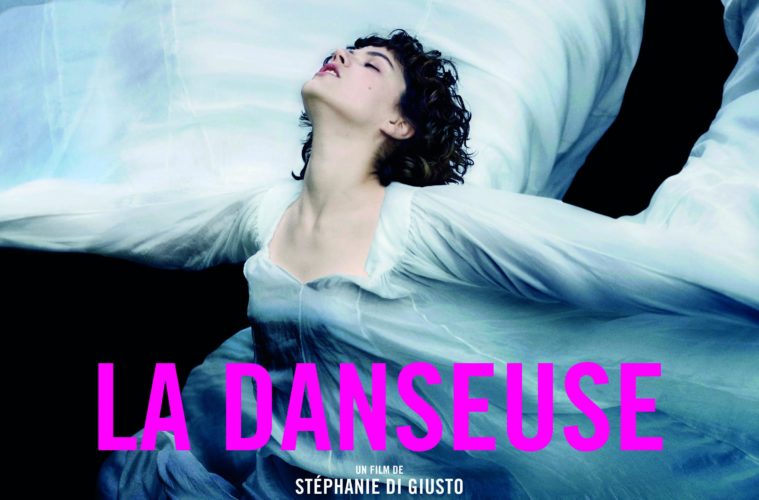 Premiering in the Un Certain Regard section of this year’s Cannes Film Festival, The Dancer is an impassioned if formally conservative portrait of Loïe Fuller (née Marie Louise Fuller), a pioneering figure in modern dance from the late 19th century. It resembles La Vie en Rose, another prestige period biopic about an esteemed French artist, for never breaking cinematic ground but proving well-crafted from top to bottom, ably weaving personal turmoil from an artist’s life into their stage legacy.

In the first half-hour of the film, we get a quick rundown of Fuller’s life before she stepped onto Parisian soil to find where she belonged. Born to a French immigrant father near Chicago, Marie Louise (Soko) is a sturdily built girl who has no trouble helping out on a rodeo or traveling cross-country by herself — which she did in the wake of a tragedy and landed in New York to stay with her American mother at a strict, convent-like community. One thing led to another and soon her path crossed with dashing French aristocrat, Louis (Gaspard Ulliel), who eventually became her ticket to Paris and a career as Loïe the world would later know.

This type of greatest-hits storytelling is the most commonplace among biopics and often blatantly instrumental in serving some subsequent plot points. While that more or less also applies here, Fuller’s bicultural background does seem like an aspect of her identity that merits particular attention.

Of course, her true potential was realized after she got to fully express her creative vision at Belle Époque hotspot Folies Bergère. Combining furious movement, billowing costume, and theatrical lighting, it’s not hard to imagine how the shows would have astounded audiences more than a century ago. The film doesn’t disappoint with its rendition of Fuller’s iconic pieces, either. Both on stage — where an incredibly agile human form whirls and twirls until it disappears into a storm of shifting shapes — and out in nature — as a group of female dancers becomes one with the misty forest under her guidance — first-time director Stéphanie Di Giusto turns these sequences into feats of electrifying elegance aided by artful production design, textured costuming, and fluent cinematography.

But it’s really in its third act that the movie takes on a purely emotional component that further informs the final performance beyond the historically accurate and visually striking. Focused on Fuller’s relationship with Louis and her young protégé, Isadora (Lily-Rose Melody Depp), the concluding chapter of the story reveals a chronically insecure personality struck to pieces by betrayal and heartbreak. As inherently manipulative as it might be, seeing the once-radiant Fuller work her broken body into those familiar spins and recognizing only a panicky act of struggle does pack an undeniable punch.

The cast is solid all-around. In the lead role, Soko has both the willful masculinity and a feminine vulnerability down. Playing Louis, Ulliel is his usual charismatic self, exuding an effortless, pansexual allure that enriches a rather underwritten character infinitely. And though she only appears later in the film, Depp positively dazzles as Isadora. With her elfin litheness and an almost contemptuous self-assuredness, she owns the screen during every appearance.

Ultimately, The Dancer doesn’t venture from patterns of traditional biopics far enough to be called inspired, but it delivers a spirited, fully committed portrayal that allows you to observe a quintessential artist from the outside in.

The Dancer premiered at the Cannes Film Festival. See our festival coverage below.