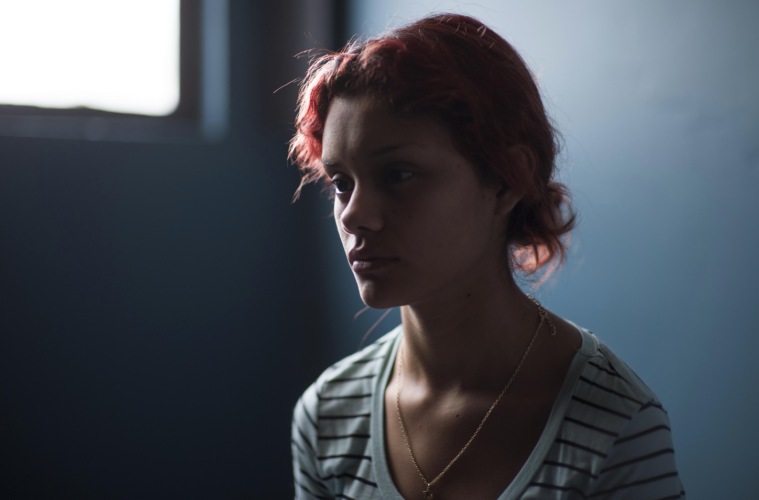 [Cannes Review] The Chosen Ones

It is difficult to equitably handle and deal with particular subject matter in a film without feeling exploitative. Yet David Pablos has managed to walk this fine line with his new film The Chosen Ones, which sensitively deals with the issue of forced-prostitution and sexual slavery. The drama follows a young boy Ulises (Oscar Torres) who is from a family whose patriarch is heavily involved in human trafficking. His father and older brother both lure women into prostitution by seducing them and then threatening their families and loved ones if they don’t agree to “work” for them. Ulises’ first victim is a 14-year-old girl named Sofia (Nancy Talamantes) but he is still relatively innocent and thus, when it is too late, he attempts to help Sofia. His father offers him a proposition that if he can find another girl to replace Sofia with he will let her go.

Using long takes during crucial moments and lingering on the faces of our characters, this formal approach is absolutely mesmerizing and enhances the affective experience. A lingering long take on the face of Sofia after she has just been sexually abused and sold to “clients” is a haunting image and one that is deeply effective. With perfect casting, the ensemble is full of characters that each have their own unique quality that color the frame of the screen. Talamantes, the young actress playing Sofia, does an excellent job in the role, which functions to make the viewing even more harrowing. One of the breathtaking accomplishments is showing her physical transformation through the entire horror. She goes from being fun, innocent, and loving to a completely dead-eyed girl devoid of any youthful vigor. The performances alone are a strong component of what makes the film work and hers is, arguably, the best executed.

There could be legitimate questions about how sex would be represented on screen given the context but the directors finds a brutal yet respectful way of dealing with the issue. During Sofia’s first “work” day at the brothel we see her image intercut with images of “clients” forced on her. While we see this we also hear the complete audio of these sexual encounters. The effect is quite stunning in showing and expressing the revulsion and appalling nature of the encounters. The film works so well because, despite its horrid subject, it doesn’t use the deplorable social issue as a crutch. Instead, it achieves a certain level of reverence to the serious nature of its subject matter, expressed through the beautiful and haunting aforementioned long takes. Sometimes these shots are paralleled by Sofia and Ulises as they each suffer in their own way. While Sofia is afflicted as a victim of an abhorrent and ongoing crime which involves unspeakable physical and mental abuse, Ulises is suffering because of the seeming inevitability that he is slowly but surely walking down the same path as his brother and father, descending into the depths of a moral hell.

By being so focused on one particular criminal family and its victims, the film can deeply explore the characters, their motivations, and the level of despair. Though the films are completely different in most regards, the approach and effect is not unlike Steve McQueen’s 12 Years a Slave, with both have an unflinching gaze when it comes to the subject matter. Though 12 Years is more brutal in terms of imagery as well as sound, The Chosen Ones has a similar instinct which mostly uses aural perception to reinforce the brutality.

The strongest aspect is the way Pablos shows how normalized this human slavery can become. Ulises’ family lives an upper-middle class lifestyle in Mexico; they drive luxury cars and they have dreams and plans for more financial security. Their dreams are normal middle class ones; they yearn for more income and holdings. The mother, though not directly involved with the horrible scheme, is fully aware and represses any moral feelings of guilt. By showing a family with relatable issues involved in something like this to support itself, we can see how this can only be but a symptom of a much larger and much more sinister corruption. While not entirely judgemental, several characters mention how the police are directly involved or cannot be trusted. Americans are also indirectly called out by the film, as a few of the people who are forced on Sofia and other women at the brothel are clearly American “tourists.”

By pivoting on the human suffering of those who have fallen between society’s cracks and those who exploit that unfortunate multitude, The Chosen Ones is a powerful, focused drama about the disgusting, damaging practice of sexual slavery. Featuring powerful performances from a mostly young cast and never exploiting its subject matter, but rather doing it justice, director David Pablos has managed to craft a harrowing narrative that expresses the bleak normalization of practices of lawlessness in Mexico.

The Chosen Ones premiered at Cannes Film Festival. See our complete coverage below.