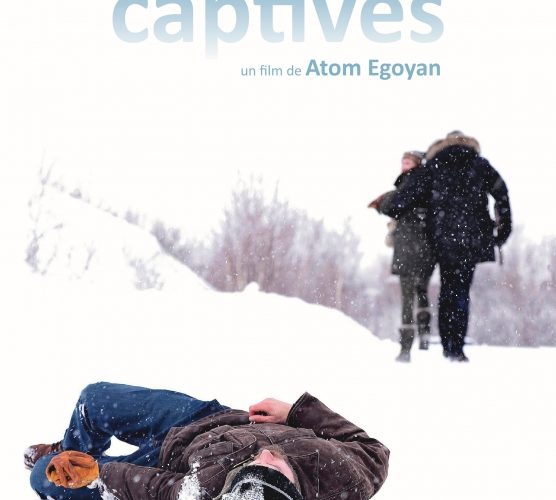 Aggressively stupid when it’s not downright illogical, it is hard to imagine a film less deserving for a competition slot at this year’s Cannes Film Festival than Atom Egoyan’s The Captive, a subpar Law & Order episode at best. It’s not that Egoyan shows little flair for the film’s ominous locales in snowy Canada; it’s that it takes its thematic heft — addressing issues of pedophilia, vigilantism, victimization, and the Age of the Internet — as profoundly unique when they’re actually blurry ideas within a muddled plot. Egoyan has some cleverness going on — mostly when it’s not exactly clear what’s going on for a while — but it resolves itself to be resolutely generic and silly.

An Egoyan bomb is not surprising anymore, of course. After the director’s unique and fascinating works like The Sweet Hereafter and Exotica, the Canadian has been flailing through ridiculous works like Chloe and Devil’s Knot. The script here, from a story written by the director and co-scripted with David Fraser, is the kind of thing Brian De Palma could possibly sink his gleeful teeth in. But Egoyan prefers his tracking shots that suggest intense dread. The camera slowly dollies through the ominous home of Mika (Kevin Durand), who blasts opera while viewing multiple security camera footage until he enters a hidden prison where a teenage girl named Cass (Alexia Fast) lies waiting for him. How these two came to exist in this room together is the main mystery of the film, as the script moves back and forth through time without warning, following the girl’s original abduction under her father’s not-so-careful watch and the two detectives who are mercilessly searching for her.

But search is not really the right word, because the detectives, played blandly by Rosario Dawson and Scott Speedman, more or less sit around waiting for random clues to appear. Most of their work is related to the Internet, as the two are in charge of cracking a child Internet porn ring with their super-high-tech team (who are introduced once, each with a special skill that is never mentioned again). The various Internet-related scenes — discussions of super encryption codes and the super villains able to control MacBook cameras without warning — suggest Egoyan has probably never used a computer. Meanwhile, poor Ryan Reynolds and Mireille Enos play the sad-sack parents who mostly scream at each other in their grief. Young Cass watches surveillance videos of her mother that Mika has set up while leaving her objects from their past, which inspires Regina Spektor-style songs and poetry that is used for… what? None of the details in The Captive particularly add up, and the motivations of Mika — as well as Cass’s attachment to him in participating with his continued luring of more young girls — are left entirely unexamined.

While some have seen the film as a self-conscious rip by Egoyan on The Sweet Hereafter, certainly exploring some of the same themes of loss as his masterpiece, it’s hard to say that the director is actually intending to parody these methods as much as falling into numerous traps. Mychael Danna’s score pounds on the ominous tones, bringing a grandiose sense of tragedy at play here, but it’s almost impossible to focus on the tragedy of the parents when Mika resembles a super villain. It is only the structure that seems particularly clever, though manages to do so by some bits of cheating (e.g. Cass aging eight years while everyone else looks exactly the same). These create some moments of interesting foreshadowing, particularly a kidnapping at a gala that takes on suspense instead of surprise, but otherwise it acts as a gimmick to hide some of the more ludicrous elements.

With numerous speeches about the dangers of the Internet and the role of adults in protecting children / helping erase the past, one would think they would put more care into the role of the narrative. The Captive needs to be much smarter, or much more stupid.

The Captive premiered at Cannes Film Festival and will be released this fall, courtesy of A24. Watch the trailer here.