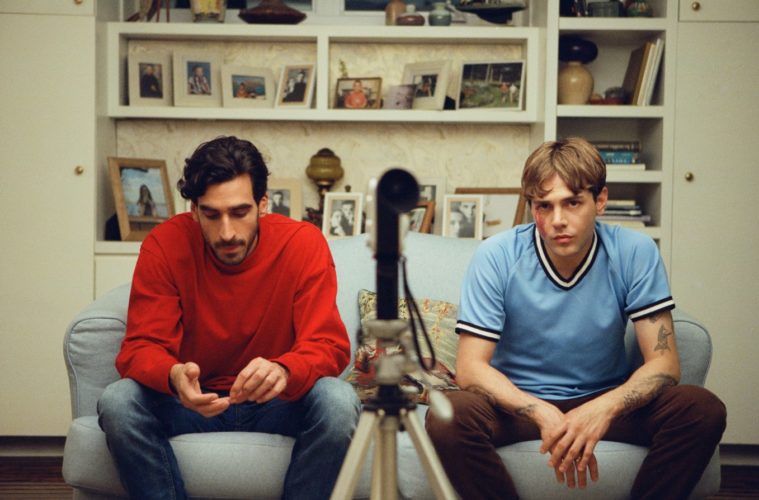 Of the many labels Xavier Dolan’s Matthias & Maxime came attached with ahead of its Cannes premiere, few felt as apt as those that billed the Canadian’s eighth feature as “a return.” Three years after railing at Cannes’ “culture of hatred” for the mauling his Grand Prix winner It’s Only The End of the World received from critics–and less than one since the even bigger misfire The Death and Life of John F. Donovan bowed in Toronto–Matthias & Maxime shipped Xavier Dolan back to the festival that first welcomed him in 2009, when his I Killed My Mother left the Directors’ Fortnight with a Camera d’Or for best first feature. Homing in on two best friends grappling with a sprawling bromance, Matthias & Maxime also promised to dwell into the non-heteronormative dynamics Dolan had explored at length since his debut. And after two features set abroad, (the France-quartered End of the World and the London-based Donovan) Dolan’s new Palme d’Or contender welcomed the 30-year-old back in the native Quebecois turf that birthed most of his oeuvre. But as much as Matthias and Maxime heralds a return to old themes and familiar turfs, a return to form it is not.

Eponymous Matthias (Gabriel D’Almeida Freitas) and Maxime (played by Dolan himself, serving in a writer-director-actor triple duty he hadn’t pulled since Tom at the Farm) have been best friends since childhood, but brace for an encroaching farewell. Maxime is a few months’ away from a semi-permanent move to Melbourne, and a friends’ weekend retreat in an idyllic Quebecois lakeside chalet gives the two a chance to rehearse the goodbyes. It’s a rupture that feels nothing short of a breakup. Trapped inside a heteronormative world that forbids them from ever calling themselves such, Matthias and Maxime nonetheless do act and look like a couple – and their friendship veers into bromance long before the pair agrees to star in a student film directed by retreat host Erika (Camille Felton) and make out before the camera (a scene which Dolan curiously cuts).

Though this is hardly the first time they’ve kissed–as the most gossipy among common friends confirm–the impromptu intimacy hits the pair like a seismic wave, shattering the friendship to the core. By the time we meet them again–after an ellipsis rockets us to twelve days before Maxime’s departure–the two have grown apart, and Matthias & Maxime captures the broken relationship by splintering into two separate portraits. It’s a study of contrasts, of two friends at the opposite ends of the socioeconomic spectrum. A young man who’s unmistakably been raised in privilege, Matthias is a brilliant lawyer on his way to a promotion and a “two-window office view,” as his firm’s boss tantalizingly promises. Raised by his ex-addict and abusive mother Manon (frequent collaborator Anne Dorval), brother to an estranged young man who seems to have vanished in thin air, Maxime is Matthias’ polar opposite, and it’s tempting to read his intercontinental exile as a flight from dire family circumstances.

Dramatically rich as it may first appear, Matthias & Maxime fails to vibrate with the same passion and perturbing beauty of Dolan’s earlier works. One problem is that, save for the eponymous duo, other characters are at best vaguely sketched out—and at worst, reduced to a cacophonous bunch of caricatures that only detracts tension from the plot. Take Maxime’s mother: where Dolan’s 2014 Jury Prize winner had offered a piercing and wrenching mom-son relationship, the dynamic between Maxime and Manon is far more evanescent, largely because her character ends up portrayed in an unnervingly cartoonish aura. And the same fate holds true for the other folks surrounding the titular duo, mired in cringe-worthy stereotypes, like unbearably pretentious and vacuous Franglish-speaking film student Erika–who touts her film a blend “between expressionism and impressionism”–or her petty and affluent mother, who lavishes praises on her daughter for being “like Elmodóvar” (sic). If only.

More worryingly still, Matthias & Maxime lacks the raw, blazing energy Dolan can excel at. Hate them or love them, for all their stylistic and tonal excesses, films like Heartbeats, Laurence Anyways, Tom at the Farm and Mommy were the emotionally charged works of a director who fumbled after a pantheon of psychically damaged and complex characters with contagious affection. They were reckless, flamboyant, at times grotesquely over-the-top–but they all exuded a sense of urgency and passion that made them thrum to life.

Matthias & Maxime, by contrast, strikes as unnervingly mute. For a film dwelling into the simmering homoerotic tensions between two heterosexual male friends struggling to act on their desires while grappling with an encroaching and inevitable goodbye, the theatrics feel emotionally flat. It’s an emptiness that finds a visual echo in André Turpin’s handheld 35mm camerawork, dizzyingly zooming in and out of chats and heart-to-hearts if to scavenge for and amplify a drama that feels too tenuous to begin with. A far cry from the hysterics of The End of The World as it may be, it is in the heated altercations between Matthias and Maxime, and between Matthias and old-time pals, that Dolan’s latest offers some of the most inspired moments. But even those scenes have the feeling of compartmentalized units, parts of a whole that never truly comes into being. And for a film that relishes in the grinding of two characters coming to terms with their precise nature of their relationship, this is particularly damning. Once the grinding is over and the sparks that result from it gone, all you’re left with is a handful of dust.