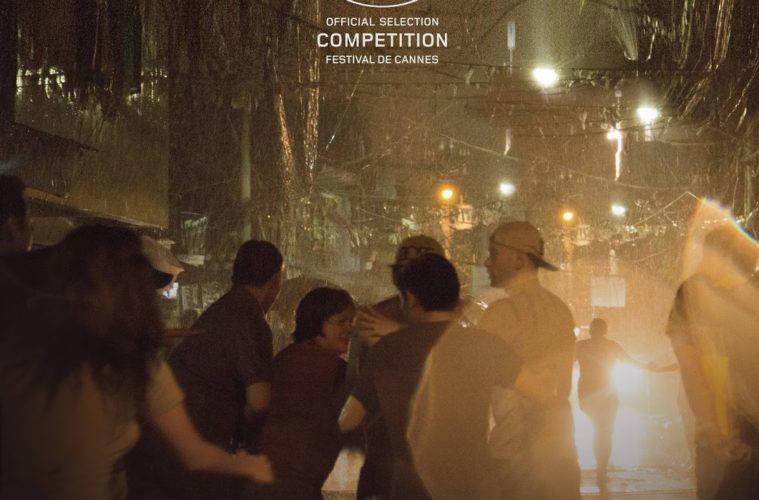 Not a huge amount happens in Ma’ Rosa, the relentless new film from Filipino director Brillante Mendoza, which premieres this week in competition at Cannes. In present-day Manila, a woman and her husband are arrested for dealing methamphetamines and taken to the police station for interrogation before rounding up their three children who, in turn, must collect the sufficient sum of money to bail them out. It’s a bit of a slog, not least in the first half, but it’s also the kind of film that seeps into the viewer in the minutes and hours and days afterwards. Returning to the style and locale that brought him international acclaim with Kinatay in 2009, Mendoza shoots it like a pseudo-documentary, employing erratic, grainy handheld camerawork and relatively few cuts. Critics often say he’s an uncompromising director. It’s easy to see why.

Jaclyn Jose plays Rosa, the titular matriarch and a popular storeowner in one of the poorest neighborhoods in the Filipino capitol. Her husband’s a bit of a degenerate. We first find him getting high on his own supply. The couple sling meth from their tiny convenience store by slipping small bags into packs of cigarettes. “Ma, Rosa! You got any ice?” is frequently heard out-of-shot throughout. The store gets raided when a local user rats her out to the police; Rosa and her man are arrested and taken to the station, where bribery, threats, and extortion await. The corruption is rampant. Rosa offers the cops the name of one of her suppliers, but it becomes apparent that she herself had been the scapegoat of an earlier arrest. The men are working their way up the food chain, it seems, and pilfering whatever they can along the way. They find 150,000 pesos on her dealer but greedily decide they want 50,000 more, so Rosa’s children are brought in to make up the difference. They will go to various humiliating lengths to do so.

Taking place over roughly 24 hours, the viewer might be reminded somewhat of High Noon or the similarly social realist (although fundamentally more Western and middle-class) Two Days, One Night. The Dardenne brothers made sure the audience was aware of the legwork Marion Cotillard’s character was putting in in that particular film. Here, Mendoza drives that home even more so. The film’s most strenuous scenes are accompanied by abrasive ambient electronic music, though there is a subtle but distinct sonic shift as soon as Rosa’s kids get involved. The film doesn’t exactly let off here — to the contrary, in fact — but we do encounter something that, to this point, had failed to register: hope.

Mendoza asks a great deal of his audience. Indeed, while the director’s aesthetic offers the experience of really being there (you can almost taste the humidity in every bead of sweat), it does so at the expense of cognitive spatial awareness and, more crucially perhaps, the close-up. We’re asked to empathize with Rosa from the get-go despite barely being able to make out whatever anguish she’s been suffering.

Mendoza will rectify this late on in an emotionally earth-shattering final sequence, the type that lingers with you like a faint cry for help. Ma’ Rosa is a film about survival, of course, but also one with defiant faith in the warmth of lower-class communities, even if it leaves us with the question of just how long that warmth can survive.

Ma’ Rosa premiered at the Cannes Film Festival. See our coverage below.