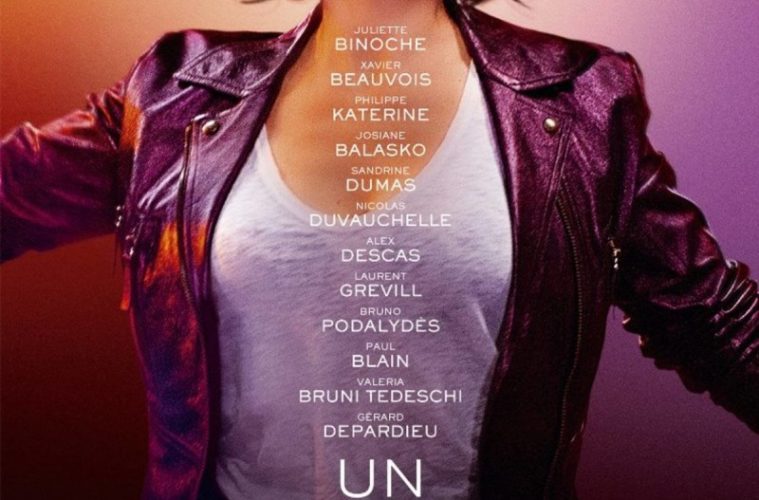 Cannes Review: ‘Let the Sunshine In’ is a Perceptive Romantic Comedy from Claire Denis

Claire Denis may not be the first Francophone auteur expected to turn in a romantic comedy, and her latest will disappoint those expecting Nancy Meyers a Paris. However, Let the Sunshine In (Un Beau Soleil Interieur) is a sophisticated, idiosyncratic, thoroughly modern interpretation of a French romantic farce, perceptive if not laugh-out-loud funny, featuring a top-form Juliette Binoche as a middle-aged divorcée wading through a series of exasperatingly self-centered men in search not just for love, but a partner with whom she can be herself.

Inspired by French critic and philosopher Roland Barthes’ A Lovers Discourse: Fragments, a work of agonizing self-reflexion on the nature of romantic relationships, Denis and novelist co-writer Christine Angot concoct a deadpan, occasionally very funny affair with touches of the self-examination of Woody Allen. Binoche plays Isabelle, an artist who lives in hope that she’ll find love again but continues, in her words, “running into a wall.” She beds an arrogant banker (Xavier Beauvois, director of Of Gods and Men), discarding him for his nonchalance about their affair. She ends the relationship when he quips about not leaving his spouse: “You’re charming, but my wife is extraordinary.”

She’s irritated by a dashing actor (Nicolas Duvauchelle) that wants an intellectual relationship, but not a physical one. And a middle-aged man she meets on a dance floor is too far removed from her artistic peers to sustain anything longstanding, says her trusted but ultimately chauvinistic colleague. In a barnstorming final sequence (16 minutes, and filmed in a day), Gérard Depardieu turns up as a fortune teller with more than a hint that he wants to be given a chance by a heartbroken Isabelle. For someone whose career is so built on physical presence, Depardieu’s cameo reminds one of how much of a great wordsmith he can be.

Set mostly in urban Paris, Let the Sunshine In has little of the visual expression of Denis’ most inventive works, Beau Travail and White Material, despite the commitment of her regular director of photography Agnès Godard, but there are suggestions of a development in style. Denis has always been preoccupied with her characters’ bodies and faces in their environments, and here she’s much more comfortable with close-ups. The face of Juliette Binoche becomes a living, breathing storyboard: her career is built on outwardly strong, inwardly fragile characters such as these.

Indeed, Let the Sunshine In could be argued as a reset for Denis, an amuse-bouche between two meatier courses: 2013’s Bastards, a jumbled noir thriller, and, if it gets off the ground, Denis’ first English-language production, High Life, starring Robert Pattinson and set in space. That’s not to say Denis has eased up — Let the Sunshine In retains a level of intellectual rigor, sometimes to a fault: originally envisioned as a single sequence in a portmanteau film, its structure is inevitably episodic, and the lingering discussions have a knack of turning ponderous that had me grasping for meanings and interpretations. After watching Binoche patiently listening to her lovers moan about their lives, you wouldn’t be mistaken in thinking Denis has made Mansplaining: The Movie.

When it comes together, however, individual scenes show off a sparkling script. Here is a film littered with off-piste humor and featuring a memorable, warm-hearted ending that argues being open to serendipitous new experiences beats comforting certainties in life.

Let the Sunshine In premiered at the Cannes Film Festival and will be released on April 27. See our coverage below.