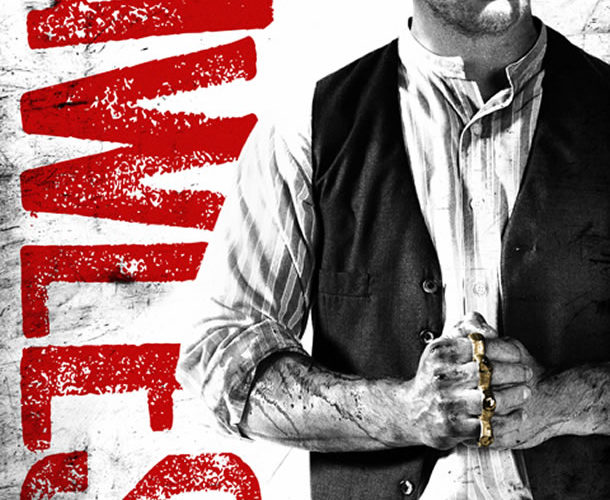 John Hillcoat‘s Lawless, with its Tommy guns, tilted fedoras and backwater blues, is certainly the most American film to show at Cannes in some time. It’s the 1920s in Virginia and Prohibition is at full-tilt, a band small-town brothers named Bondurant – Howard (Jason Clarke), Forrest (Tom Hardy) and Jack (Shia LaBeouf) – making a hefty profit off the moonshine they brew in the deepest part of their Franklin County forest.

We open to a young Howard and Forrest goading their younger brother Jack to shoot a pig between the eyes. Jack cowers away, refusing to pull the trigger. This foreshadowing echoes throughout the film, LaBeouf more than up to the task of portraying the runt of the litter, determined to become a leader and fighting against every passive bone in his body. The young actor has been lost for a few years now, quite literally overshadowed by giant alien robots. There are no robots here to distract from what is far and away LaBeouf’s strongest performance. Any doubt the performer doesn’t have the chops for something more than acting against a green screen will be put to rest here.

Hardy and Clarke do their share as well, the former grunting and shuffling while the latter drinks himself to a stupor. The legend around Franklin County is that the Bondurant boys are immortal, most especially Forrest, and Hillcoat and Hardy have fun with that notion. In downplaying Forrest’s ruthlessness, Hardy shines in particular scenes of violence, which permeate through the rest of the film. That the film is called Lawless is interesting, if for no other reason than the filmmaker’s determination to show that these brothers are the most principled bunch in the entire, corrupt county. And forget about Chicago. The sinfulness Guy Pearce brings to the table as the flamboyant Special Lieutenant Charley Rakes, along with an insanely over-the-top, wonderful Chicago accent, is painfully enjoyable. Pearce is having the most fun out of everyone present, save two scenes in which the criminally-underused Gary Oldman gets to play Chicago gangster Floyd Banner. A small, quiet scene between Oldman and LaBeouf serves as one of the stand-outs in the film.

As Rakes and company close in on the brothers, unfortunately, Nick Cave‘s screenplay (he also provides the score with Warren Ellis) begins to fall into the grooves of similar gangster pictures past. And though the superb cast and superior production design (courtesy of Chris Kennedy) save the film from falling too far into cliche, a weak ending and lack of central theme prevent it from becoming a classic of its genre. We never get a real sense of what Hillcoat’s trying to tell us here, aside from the melees of sound and fury.

This is, above all else, a supremely well-made film. Each brutal set-piece is accented by Benoit Delhomme‘s impressive cinematography and well-placed folk tunes, creating a fully-realized world that is as American as black market corruption and bent lawmen.

Sadly, the why of this world and the lessons learned never amount to much of anything.