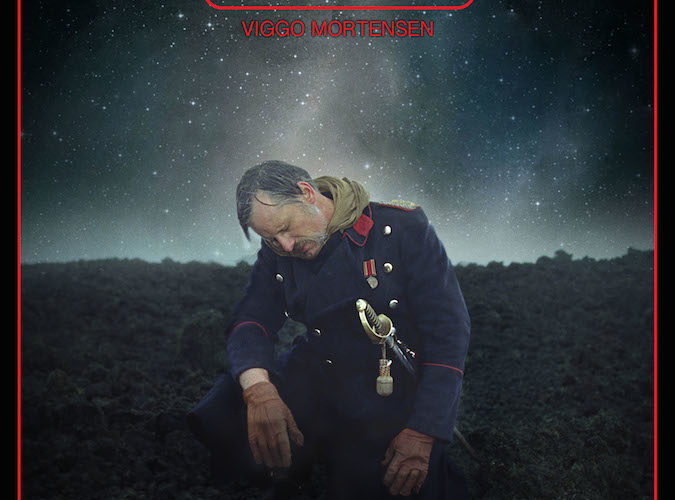 Whenever a director from the outskirts of world or avant-garde cinema decides to work in anything remotely resembling Hollywood, you can count on tremors of fear running down the spines of cinephiles. It is often assumed that these directors will somehow be constrained: stylistic trademarks toned down, three-act narrative structures turned up, and the enthusiastic responses muted. This was certainly my feeling when Argentinean director Lisandro Alonso, whose quasi-documentary works have been a cause célèbre since 2001, would work with Lord of the Rings star Viggo Mortensen. Not only had Alonso never directed a blockbuster star before, but the director had barely touched professional actors in the least, preferring to make films about wood choppers chopping wood (La Libertad) or people just traveling through odd terrain for some mostly irrelevant goal (Los Muertos, Liverpool).

Yet Jauja, the strange, beguiling, and excitedly didactic new film that premiered in the Un Certain Regard section of the Cannes Film Festival, is pure Alonso, even as it shows him transforming into something else. While Alonso has certainly embraced “narrative” (oh, that dirty word!), it would be laughable to call this anything resembling conventional, reinforcing the director as one of the most exciting slow-cinema filmmakers in the contemporary landscape. A 19th-century period piece, Jauja might be described as a quasi-Herzogian experience into the rocky terrain of the Argentinean desert, but Alonso has made this journey of madness his own thing, a film so possibly deceitful with its ultimate meaning that it’s best to buckle your seatbelts and enjoy the ride. From the first moment, Jauja presents a confounding and exciting approach to cinema. A block of text explains the title, a reference to a secret land of abundance and happiness that has caused many men to go mad, disappearing in their feeble searches to find it. It then cuts to a striking composition in 4:3 (with curves that recall old photography), where Captain Dinesen (Mortensen) and his daughter, Ingeborg (Viilbjork Agger Malling), discuss her desire to get a dog. The shot is striking in the density of the colors of the grass and the sky (shot in 35mm, though presented in a digital transfer) and the stillness of the characters (Mortensen has his back to us), as if it is a living painting.

For the first twenty minutes or so, Jauja can feel like a departure for Alonso as it sets up narrative stakes. There is the tension between Captain and the Lieutenant, the latter of whom desires his daughter for marriage. The two first interact in extreme shot-reverse shots that split the two for what looks like half a mile (enough that the lieutenant can masturbate in a spring in peace), before their dialogue takes over, with Alonso’s camera more interested in defining this beguiling space than the characters. But once Inge takes off with a young man and into the harsh desert, it’s up to Dinesen to lead the rescue. Jauja then transforms into a solo act with Viggo wandering through the truly absurd terrain, like a 19th-century-set Gerry (the fact that he does it all under a ridiculous costume takes on an amusing quality). The landscape becomes more and more surreal — the grassy plains turn into rocky hills and eventually become hostile sets of stones under stormy weather. There are narrative events within this landscape — the poor captain is wary of a mad general named Zuluaga who has “gone native” and recruited an army of “coconut heads” for reasons unknown — but those looking for narrative payoff to these events would best look elsewhere. More than that, the final 30 minutes evolve into something that throws the rest of the film for a total loop. Dinesen confronts what might be described as an old witch full of cryptic ideas about family, empire, and the drives of men, and then the film makes a truly radical leap in narrative best not described here, but shows the (literal) reflections of empire through time.

I won’t claim to understand exactly what the hell Alonso is doing here, but I can say with certainty that his control of the camera is astounding. He has pieced together something fascinating, full of aesthetic pleasures and perhaps a commentary on post-colonial events in the vein of How Tasty Was My Little Frenchman or the works of Raúl Ruiz. Certainly there are political implications here, but it’s best to sit back, relax, and rock out to the Buckethead score as Viggo does, sleeping on top of the mountains, as if dreaming of the future to come.