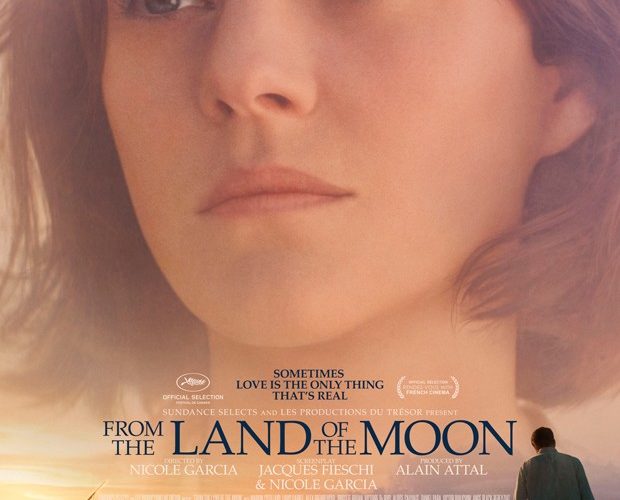 [Cannes Review] From the Land of the Moon

We haven’t even reached the midway point of this year’s Cannes Film Festival, but it’s probably safe to assume that Nicole Garcia’s From the Land of the Moon will be the least-ambitious film this year’s competition has to offer. Based on Sicilian author Melena Agus’ 2006 novella of the same name, it is a weepy Sunday matinee melodrama of the most run-of-the-mill variety, full of pretty people in pretty clothes feeling Big Emotions. A Tchaikovsky leitmotif reminds us of the protagonist’s wary heart. There are at least four shots of Marion Cotillard curled in a ball on the floor crying. You can probably see where this is going.

Shifting Agus’ story from Italy to France in 1943, near the end of the war, Cotillard stars as Gabrielle, the only daughter of a rural farming family. She’s introverted and likes to read, enough apparently to see her shunned as an outsider by the town, not least in the eyes of a young teacher whom she hopelessly pines after. What’s more is she’s hit her 30’s and so, not wanting to see their daughter go out to pasture (please…), her parents marry her off to a Spanish man named Jose (Alex Brendemühl) who works on the farm. According to the text, Jose fled his hometown after it was bombed but Garcia chooses to leave this open. Whatever the case, he has his reasons for being quiet.

The couple agrees to a mutually beneficial loveless marriage, with Gabrielle seeking to get out of the family home and Jose accepting a little investment from her parents to start a business. They agree that Jose will be allowed to find other satisfactions elsewhere. Gabrielle just can’t catch a break though, and as her stones disease persists, she soon finds herself undergoing surgery in an idyllic mountain hospital, unaware that cupid might be fluttering about. Here she falls in love and begins an affair with a dashing French soldier named André (Louis Garrel) who has lost a leg in the war… and so on and so forth…

The story and narrative devices will be tediously familiar to anyone who’s aware of such entities. What’s more, Garcia reminds the viewer with head dissolving frequency that Gabrielle is a hopeless romantic. When her lover checks out of the ward we’re told she hasn’t left bed for days. A shot lingers on her writing desk to reveal “I want to feel” scrawled repeatedly, a bit like Jack Torrance’s “All work…” in The Shining. This sort of thing actually happens multiple times. The film’s opening scene is taken from somewhere near the end of the story, with Gabrielle breaking down upon seeing a particular Niçoise road sign. “Who on earth could live there?!,” nobody wonders.

A veteran actress-turned-director (this is her eighth feature and her third time competing for the Palme), Garcia’s clearly no rube, so such middle-of-the-road fare comes as a bit of a surprise. In 2011, The New Yorker described Agus’ novella as being “spare” and “fable like,” which might go some way to explaining the film’s thin plotline. The less said about the late twist the better — however, it should be noted that the shock was met in the Theatre Lumiere this morning with a few very audible guffaws.

It’s a film too quaint for its own good, perhaps, but such has been the standard of this year’s competition that to forego any comparisons would be careless and unwise. Alongside such fresh and challenging female-directed dramas from the likes of Maren Ade and Andrea Arnold, From the Land of the Moon appears as little more than a footnote.

From the Land of the Moon premiered at the Cannes Film Festival and will be released in the U.S. by Sundance Selects on July 28, 2017. See our coverage below.