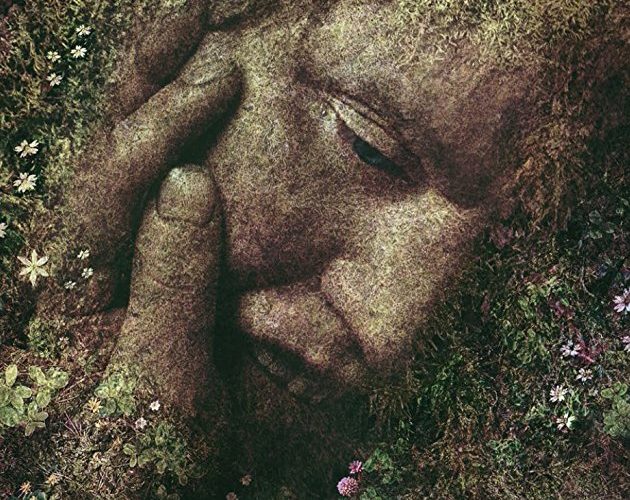 At a glance, you might conclude that that line from Mary Shelley’s Frankenstein has provided the foundations for pretty much every decent monster movie since James Whale adapted the text back in 1931; perhaps even before. This delightfully grungy and ethereal contemporary horror from Iranian-born, Denmark-based Ali Abbasi concerns a romance between two creatures who happen to be feeling out those opposite warring sides. One is attempting to satisfy a craving for love while the other indulges the violence (incidentally, could Abbasi’s debut Shelley be named for the 19th century writer?). Border, like Frankenstein, is a work about the “Other” and how that Other might operate if it was raised against its nature, only knowing human society.

Our other is named Tina and played with great poignancy and much prosthetics by Eva Melander, all puffed-out features and slightly worrying canines. Her abnormalities do not end there, however: she has a scar above her tailbone, a mark on her temple from being hit by lightning as a child and, most intriguingly of all, a sense of smell so strong it allows her to detect peoples’ emotions.

It’s the kind of skill that would probably land you a plum job in Facebook these days or, more likely still, Guantanamo Bay. Instead Abbasi has her working the day shift at the local border control — sniffing out bottles of booze on minors and, in a more serious case, a man’s shame for carrying illegal files — while aiding the police in certain investigations. Though a particularly brutal one involving an infant sex ring will later test Tina’s faith in her adoptive species, that plotline only plays out in the background; the real meat here is the way in which Abassi deals with her burgeoning desires.

It should be said that the director and his co-writer Isabella Eklöf adapted the screenplay from a short by John Ajvide Lindqvist, who wrote Let the Right One In, adapted to great acclaim by both Tomas Alfredson and Matt Reeves. That story was about young love blooming in a contemporary gothic world and the strength of that counterpoint was what made it great, so fans should be delighted — if not surprised — to hear that Border is, more than anything, a romance. Girl meets boy (for want of better nouns) one day on the job and, my, what a meet-cute it is: Tina spots someone who looks a bit like her and then smells something that seems to get her juices going. Aroused sniffing ensues. She searches his bag only to find an incubator for larva. “Do you like insects?” our mystery man asks with a twinkle in his eye. Cary Grant, eat your heart out.

From here the film begins to play with Nordic and European mythologies in a quite-clever way, namely the things that are said to live in that region’s woodland as well as the legend of the changeling. It should be said, however, that given the fact that those stories were once used to make sense of real human physical conditions there is something just a little insensitive about using them to bolster a narrative arc. The extremity of the case Tina is investigating might also prickle some audience members’ consciences with regards to what is or is not fair game for storytellers when playing in this sort of territory.

Whatever the case, Border is only really at its best when focusing on Tina’s rediscovery of her true nature, whether that be rolling around in the woodlands, gorging on snails and maggots, or simply finding out that, for her kind, there are far more interesting routes to an orgasm than the way us silly humans do it.

Border premiered at the Cannes Film Festival and opens on October 26. Find more of our festival coverage here.