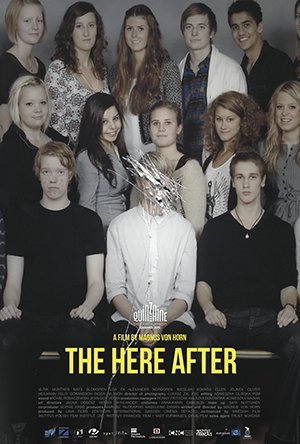 [Cannes Review] The Here After

The directorial debut from Magnus von Horn and the first performance from Swedish pop star Ulrik Munther, The Here After is an impressive psychological teen character study. Munther plays John, a teen who returns to the rural school he once attended after a two-year prison stint for the murder of his girlfriend.

The Here After could have followed the formula for similarly themed films such as Boy A, or it could have become an ordinary but ambitious high school drama. Instead, von Horn takes a fresh, surprising direction. He conceals that exact nature of John’s crime from the audience so viewers have an opportunity to experience John’s complex and paradoxical nature.

John appears to be a charming and innocent young teen, but he also may be a reclusive sociopath. von Horn allows the audience to glimpse both the light and dark sides of the character, naturally sympathizing with him as he bears the cross of the life he has taken. At the same time, the audience sees John’s emotional detachment and inability to grasp consequences illustrated by the way that he deals with the death of animals on his family’s farm. The film compels viewers to consider whether John is a misunderstood teen who made a horrific mistake in a bout of rage or a sociopath incapable of forging lasting attachments or feeling genuine emotions.

At first glance, this could seem like a coming-of-age version of a fellow Zentropa production, Thomas Vinterberg’s The Hunt. However, the films differ significantly as John, unlike the The Hunt’s Lucas, is guilty of a crime. He has taken a life and been punished for it but still lacks the maturity and mental equilibrium to understand that the world that he is trying to return to will be able to neither forget nor forgive what he has done.

We’re also introduced the counterpoint to the condemnation of the villagers in the form of a newly arrived teen girl named Malin. Played by Loa Elk, Malin senses that John is not the monster that the rest of the community believes him to be. She tries to understand him and empathizes with his struggle to retake a place in society that rejects him. Malin stands by him when he learns that virtually the entire student body and faculty of his school wish he would go away. Bullied, harassed, and isolated, except for Malin, John reaches a breaking point in what could be the film’s moving finale. A lesser director would have made it so, however, von Horne creates an unforgettable conclusion that perfectly deepens his central character’s struggles.

Lukasz Zal’s cinematography makes astute use of many different hues of blue to suggest John’s childlike innocence, abiding guilt, deep regret, and cool detachment. By using long shots and natural obstacles, we’re reminded of all who stand ready to judge John that they do so with imperfect understanding of John’s motives, character, and inner life.

Although von Horn’s debut film begins slowly, it rewards audience members who stay with it by delivering a formally accomplished tale of a complex character who faces the judgement of a community unwilling (or unable) to consider the many light and dark parts of his nature.

The Here After premiered at the Cannes Film Festival. See our complete coverage below.