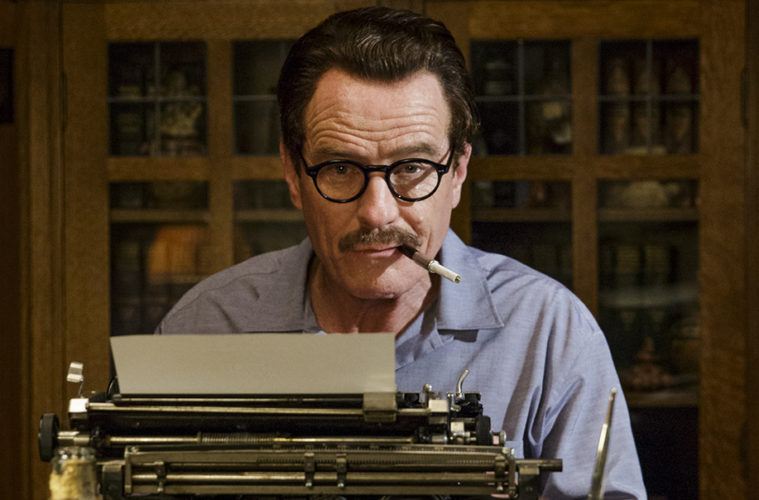 Bryan Cranston Gets Blacklisted In First Trailer For ‘Trumbo’

In the wake of his successful, career-defining run as the world’s most troubled chemistry teacher in Breaking Bad, Bryan Cranston now has an open schedule to take on a number of new projects. Perhaps most appealing is his next drama, taking the lead in Trumbo, a Jay Roach-helmed biopic centered on the life of screenwriter Dalton Trumbo.

The writer’s credits for Roman Holiday, Spartacus, Papillon, and A Guy Named Joe are only a very small part of the story. During the anti-Communist fervor of the ’50s, the suspected Red was driven from Hollywood — by which point his career and personal life was left in tatters. The amazing part? Trumbo managed to continue writing thereafter, eventually receiving a public revival of sorts through the support of John F. Kennedy, Otto Preminger, and Kirk Douglas.

The successful career of 1940s screenwriter Dalton Trumbo (Bryan Cranston) comes to a crushing end when he and other Hollywood figures are blacklisted for their political beliefs. TRUMBO (directed by Jay Roach) tells the story of his fight against the U.S. government and studio bosses in a war over words and freedom, which entangled everyone in Hollywood from Hedda Hopper (Helen Mirren) and John Wayne to Kirk Douglas and Otto Preminger.