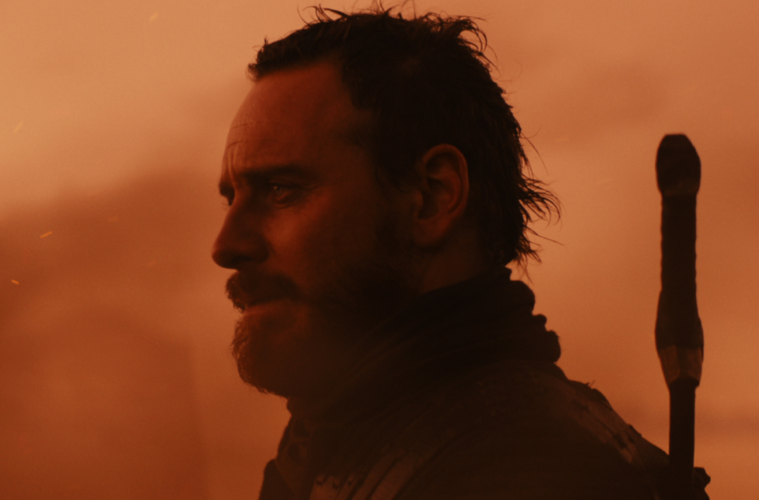 As Saoirse Ronan currently enjoys the most acclaim of her career thus far with Brooklyn, it’s timely that her break-out role in Joe Wright‘s Atonement can now be easily seen on Netflix. Following the relationship between Keira Knightley and James McAvoy‘s character, its substance doesn’t quite match up to its particular polish, but it’s a commendable period piece with emotional performances. – Jordan R.

Perhaps after one well-remembered surprise hit and five sequels of quality varying from passable to laughable disaster, no one expected much from Ryan Coogler’s new spin on the Rocky franchise. But Coogler freed himself of the burden of trying to follow its footsteps while doing exactly that. Creed is Hollywood filmmaking at its absolute zenith: a film that sets up archetypes and, without subverting them, turns them into breathing characters who don’t have character goals, but desires. Coogler sets up familiar scenarios and then gives a little bit of a twist: an unexpected camera angle emphasizes a minor point, a held beat allows us to feel the intimacy between people, and the long takes never show themselves off — only the drama on screen. Coogler obviously loves Stallone’s original, but he’s never exploitative; the iconic references become integral to its new characters, unlike in the latest installment of another awakening franchise. Readers, I’ll admit: I mocked people for discussing how much they cried during Creed before I saw it. But what I didn’t understand is how well Coogler builds our interest in the characters, so that creating an emotional response to discovering whether Michael B. Jordan’s emphatically determined newcomer can prove his worth is absolutely necessary to his work. Which is to say that Coogler does exactly what Hollywood films have been trying to do since their birth, and reminds us of their power. – Peter L.

As far as directors go, it doesn’t get much more middle-of-the-road than Tom Hooper. His films tend to feature clear-cut, identifiable conflicts sketched out in studied, orderly lines and relayed with an extra helping of heart. Coherent, approachable, emphatically inoffensive, they often prove difficult to discredit except for being just so exasperatingly… pleasant. With The Danish Girl, the story of a transgender woman and one of the first recorded recipients of sex reassignment surgery Lili Elbe, he takes on a potentially subversive subject matter while remaining his mild, decorous self, delivering yet another earnestly told, splendidly visualized film that could please the masses but will likely electrify few. – Zhuo-Ning Su (full review) I put a lot of this on newcomer James Wan‘s shoulders as a fresh eye for more kinetic energy and ways to experience it. The transition from horror suits him and the visuals utilized may be the slickest the franchise has seen yet. From quick cuts of speedometers, gas pedals, and hands gripping wheels to aerial shots showing more than two cars at a time, those cartoonish power zooms are all but erased from memory. Hiring Statham, Ronda Rousey, and the incomparable Tony Jaa helps infuse some Bourne Identity-type fisticuffs that get the blood boiling too. There are a couple of epic fights that make Fast & Furious 6‘s Gina Carano and Joe Taslim look harmless in comparison. The Rock may not get much screentime, but he earns it with his brawl against Statham. – Jared M. (full review)

When adapting perhaps one of William Shakespeare’s best-known and most-performed works, Justin Kurzel had no trouble giving it another reason to be told. Reteaming with his Snowtown cinematographer Adam Arkapaw, he paints Macbeth in a vibrant hellscape in which the skies feel soaked with blood as smoke fills the frame’s lungs. While Michael Fassbender and Marion Cotillard feel born to play their respective roles, captivating with each utterance of dialogue, it is Arkapaw’s bold approach that makes us feel emphatically trapped in this singular world. – Jordan R.

The endurance of the human body and the unceasing determination to reach untouched heights are age-old elements of both Hollywood fiction and storytelling in general. When pushing one’s mental and physical capabilities to the extreme, will the reward be worth it? Part awe-inspiring nature documentary, part personal reflective journey, Meru gives equal weight to both of these sides of the coin, despite an unfortunately narrow lens when it comes to the latter. But its tremendous, vertigo-inducing photography makes easy to understand what gives life-long climbers a thirst for what’s universally considered unattainable. – Jordan R. (full review)

Miss You Already is the rare cancer movie that’s uninterested in holding the audience hostage. Rather, it uses the context of a cancer story to show the totality of two women in their most difficult moments. With a warm and crowd-pleasing, but unusually sharp, script from Morwenna Banks and intimate and bracing direction from Catherine Hardwicke, Miss You Already recontextualizes beats of the cancer movie sub-genre into a story about the bulletproof power of female friendship. – Michael S. (full review)

If the impetus behind many feature debuts — great and terrible alike — is to proclaim a helmer’s talents for all who might bother listening, Theeb‘s greatest distinction lies in its reliance on the misunderstood. The impression left by Naji Abu Nowar, credited as a co-writer alongside Bassel Ghandour, is a greater interest in what we must presume and concede than what we can understand and apply, instead trusting that his collaborators will utilize their own strengths — strengths often secondary to the logic or understanding that might go into a single moment — for harmonizing a vision of dangerous lands. – Nick N. (full review)

Bryan Cranston is irresistible as Dalton Trumbo, the blacklisted screenwriter of Oscar-winning classics Roman Holiday and Spartacus, in this sparkling period drama surrounding the Hollywood Ten. His larger-than-life performance promises surface sheen rather than cruel dissection of tinseltown’s failure to stand up for those disaffected by the Red Scare. But Jay Roach’s film has the daring to flatten the reputation of Hollywood’s previously lionised – including John Wayne and Louis B. Mayer – marking an intriguing look at post-Golden Age Hollywood, helped by a very funny script from John McNamara. – Ed F. (full review)

At first glance, Paolo Sorrentino’s Youth looks like another of the Great Beauty director’s idyll frolics in the fields of Fellini, demonstrating a sharp eye for visual beauty and aesthetic control while lacking a thematic substance. Although it does tend to veer wildly from one emotion to the next, spastically leap-frogging across stray, melancholic thoughts and trotting out a parade of game actors and actresses ready to play, the great strength of Youth is that it’s seemingly introspective meditation on aging, loss, and legacy is both sincerely heartfelt and imaginatively playful. Sorrentino’s playground (a health spa in the Alps) proves to be a perfect foil for the work of Michael Caine and Harvey Keitel, who each give one of the best performances of their career. Even as the film threatens to swoon and fall off the precipice of its own dreamy imaginings, it pulls back and delivers moments of grand loveliness and emotional heartbreak that draw the whole piece together. – Nathan B.