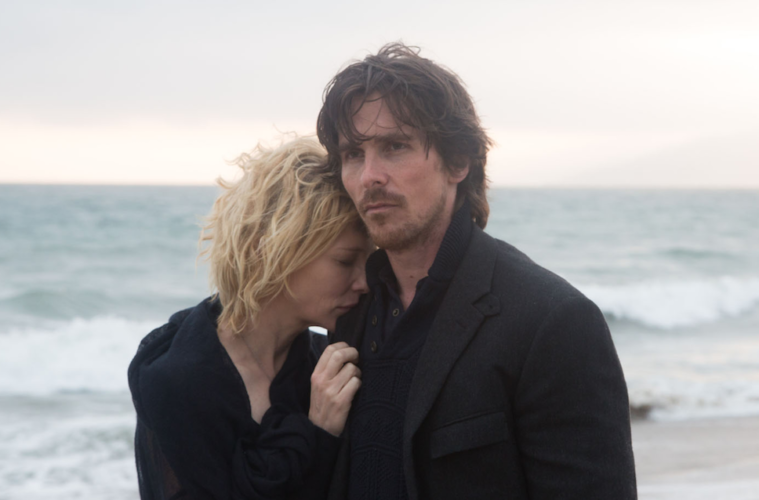 Eye in the Sky (Gavin Hood)

Though it tackles drone warfare, Eye in the Sky removes itself from many of the thornier issues of this ultra-timely subject. It’s modeled as a gritty military thriller, but is also a light sci-fi film, its plot incorporating the use of technology that’s either not yet refined, like a hummingbird drone (which, believe it or not, is real), or purely conjectural, like a tiny beetle drone. Thus, as Colonel Katherine Powell (Helen Mirren) leads a secret mission in Nairobi, they have surveillance capabilities which give them a far clearer picture of the situation on the ground than any real such operation could currently hope for. One of the more maddening, frightening aspects of drone warfare is the ambiguity over just how many of the people who have been killed from tens of thousands of feet up were in fact “the bad guys.” That ambiguity is absent here. – Daniel S. (full review)

Curtain raisers seldom come more bombastic than the last two films to open the Venice Film Festival, Alfonso Cuarón’s Gravity in 2013, and Alejandro González Iñárritu’s Birdman last year. Attempting to maintain that level of volume this year on the Lido is Icelandic director Baltasar Kormákur’s Everest, a grand-scale, by-the-numbers 3D epic about the doomed 1996 expedition to climb the titular peak. The performers play it strong, but one feels the air is a little thin. – Rory O. (full review)

Jean Renoir’s ruthless love triangle tale, his second sound film, is a true precursor to his brilliantly bitter The Rules of the Game, displaying all of the filmmaker’s visual genius and fully imbued with his profound humanity. Michel Simon cuts a tragic figure as an unhappily married cashier and amateur painter who becomes so smitten with a prostitute that he refuses to see the obvious: that she and her pimp boyfriend are taking advantage of him. Renoir’s elegant compositions and camera movements carry this twisting narrative—a stinging commentary on class and sexual divisions—to an unforgettably ironic conclusion. – Criterion.com Knight of Cups, the newest film by reclusive auteur Terrence Malick, is a sumptuous sensory journey. Through montage, music, and overlapping dialogue and voiceover, the film creates an emotionally resonant sense of experience that requires no extended knowledge beyond the human spirit to understand.However, there is a deeper level of understanding that can be gleaned, and we did so here and here. – Brian R.

Cinematic history and personal memory merge in this tragicomic memoir of a lovelorn actress whose multiple roles stand as cyranoids of the many identities any person will cycle through over the course of their life. At the same time, the movie functions as a both a probe into the role of the female across various parts of Japanese filmmaking and as a loving homage to the industry. – Daniel Schindel

Where to Stream: YouTube (Note: Paramount has taken the video down from their service. Stay tuned.)

Bryan Cranston is irresistible as Dalton Trumbo, the blacklisted screenwriter of Oscar-winning classics Roman Holiday and Spartacus, in this sparkling period drama surrounding the Hollywood Ten. His larger-than-life performance promises surface sheen rather than cruel dissection of tinseltown’s failure to stand up for those disaffected by the Red Scare. But Jay Roach’s film has the daring to flatten the reputation of Hollywood’s previously lionised – including John Wayne and Louis B. Mayer – marking an intriguing look at post-Golden Age Hollywood, helped by a very funny script from John McNamara. – Ed F. (full review)

From Sophie’s Choice to My Sister’s Keeper, child loss has been the subject of everything from prestige Oscar pictures to YA drivel. It’s an understandable focus, for there are few more intrinsically emotional narrative foundations than parents coping with the loss of a child. And whether those characters are together or separated, that loss serves as both a shared crucible and a uniting force. Guillaume Nicloux’s Valley of Love pares this scenario down to its most elemental sediments, brings in two international superstars with a loaded onscreen history, and the rest nearly takes care of itself. Valley of Love lives and dies on the caliber of its actors, and the film is certainly in good hands with Isabelle Huppert and Gérard Depardieu, two performers who haven’t been together since Maurice Pialat’s Loulou but have careers that, together, span every major auteur constellation across the globe. – Michael S. (full review)

It’s startlingly easy to forget that America is still at war, and while the minutiae of the definition has shifted with the decades, it’s a persistent influence on our view of present and future foreign policy. Glenn Ficarra and John Requa’s Whiskey Tango Foxtrot is emblematic of this reality, but for all the wrong reasons. – Michael S. (full review)

Clown
The Last King
Songs My Brother Taught Me