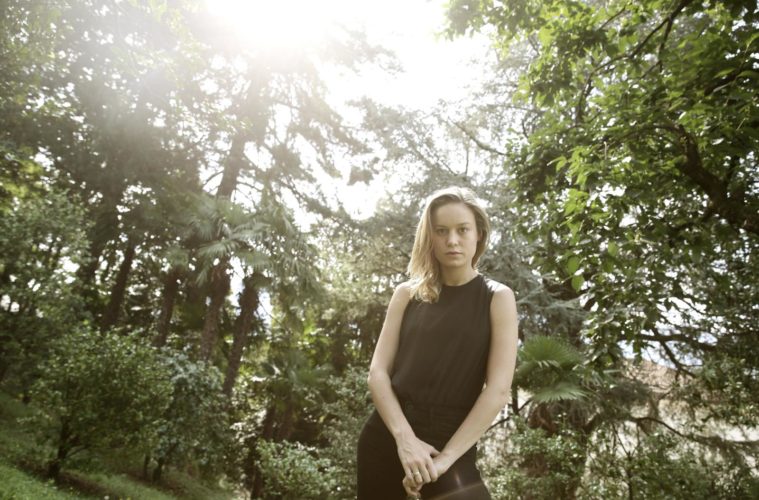 Rupert Wyatt‘s follow-up to the more-promising-than-it-has-any-right-to-be Rise of the Planet of the Apes may, in light of so many false starts, really be in place. After news hit that he and Mark Wahlberg would tackle another version of The Gambler — first a novella from Fyodor Dostoevsky, then a ’70s picture led by James Caan — word has it that a supporting player is entering discussions: per Deadline’s word, the central female role is currently being presented to Brie Larson — it’s first days material, mind you, so don’t be surprised if she doesn’t ultimately fill in — while Jessica Lange has, too, been under Paramount’s consideration. Further on the possible involvement of either is under wraps for the time being, though it seems awfully likely that the former would play a woman for whom the central protagonist has affections; if that’s the case, let’s hope the mighty-talented actress gets to actually do a bit with her spot.

Otherwise, THR have news that David Oyelowo and Kate Mara are being paired for a true-life thriller by the name of Captive. The Butler star will portray Bryan Nichols, an Atlanta resident who, on March 11, 2005, escaped from captivity — after killing a judge, FBI agent, sheriff’s deputy, and courthouse reporter — and took hostage a meth-addicted single mother, Ashley Smith (Mara), whose own handling of an awful situation avoided complete tragedy. Reading from, of all texts, pastor Rick Warren‘s The Purpose Driven Life, Smith comes to “reason with her captor, with surprising results.”

Reinhard Denke and Brian Bird are adapting Ashley Smith‘s An Unlikely Angel, their script being directed by Jerry Jameson. 1019 Entertainment, Brightside Entertainment, and Oyelowo’s Yoruba Saxon Productions are backing, with shooting expected to kick off in a couple of weeks’ time.

Also coming from TheWrap is news that Paul Feig and Rose Byrne are looking to stage a Bridesmaids reunion with Susan Cooper, the Melissa McCarthy-led spy comedy that’s been gearing up as of late, most recently acquiring Jason Statham. The actress’ (potential) role goes undisclosed, though a sudden notice that we’re looking at a “two-hander,” as they say, would suddenly make her involvement seem a bit more significant.

Feig will begin shooting his “realistic comedy about a female James Bond” once McCarthy is available.

Following a development which had come across desks earlier in the week, stories would have us believe Amanda Seyfried is, too, having a reunion, this with her Les Misérables co-star, Russell Crowe, on Fathers and Daughters. Gabriele Muccino (Seven Pounds) directs the Voltage-backed film, in which Crowe and Seyfried play a father-daughter pair whose story we follow, through Brad Desch‘s Blacklist script, over two timelines: one concerning a “famous novelist and widower struggling with mental illness as he tries to raise his 5-year-old daughter,” the second revolving around the girl, now 30, whose childhood experiences have left her emotionally traumatized.

Voltage are selling Fathers and Daughters at the American Film Market next month. [TheWrap]

One film we’re pretty certain Brie Larson won’t be around for, despite her presence in its predecessor, is 22 Jump Street, which has just added Submarine star Craig Roberts. Phil Lord and Chris Miller are bringing back Channing Tatum and Jonah Hill for the project which, as 21 Jump Street‘s conclusion would tell you, sees the undercover cops go off to college; somewhere, along the way, they meet a student named Spencer, which is precisely how the British actor gets involved. Past that, however, information is limited, and will hopefully stay like so until 2012’s funniest comedy is followed up on June 13, 2014. [THR]

In a a related bit of casting, TheWrap tell us Tatum and Zoe Saldana have secured lead roles in The Book of Life, an animated picture from 20th Century Fox, Reel FX Animation Studios, and producer Guillermo del Toro. Co-writing (alongside Doug Langdale) and directing is Jorge Gutierrez, whose animated picture centers on “Manolo, a young man who is torn between fulfilling the expectations of his family and following his heart. Before choosing which path to follow, he embarks on an incredible adventure that spans three fantastical worlds where he must face his greatest fears.” (Amazingly, “a fresh take on pop music favorites” becomes a central point of focus for the film.)

With Christina Applegate, Ice Cube, Diego Luna, Cheech Marin, and (surprise) Ron Perlman also in tow, The Book of Life is expected to open on October 17, 2014.

Finally, it’s announced that Lionsgate, Sidney Kimmel Entertainment, and Lakeshore Entertainment are putting into motion The Age of Adaline, a romantic drama in the vein of Benjamin Button — or, preferably, Coppola‘s Youth Without Youth. Blake Lively stars as Adaline, a 29-year-old woman whose near-death experience halts the aging process, leading to a 20th century-spanning “epic but isolated worldwide journey, keeping her secret, until she meets a man who forever alters her life.” Ellen Burstyn will also feature in the title — comments from the brass would almost make it sound as if she’s playing an elder version of the protagonist… but how do you age she who cannot grow old? — which has yet to cast the life-altering man we’ve already heard so much about.

Lee Toland Krieger (Celeste & Jesse Forever, The Vicious Kind) will direct a screenplay penned by Salvador Paskowitz, J. Mills Goodloe, and Allison Burnett (the lattermost having made revisions), though no notice of a start is provided. With The Age of Adaline having taken some time to congeal in any significant way, it might be best if they hurry these processes along; it certainly isn’t resistant to falling apart.

Do any of the projects listed spark your interest? Which bit of casting seems most promising?