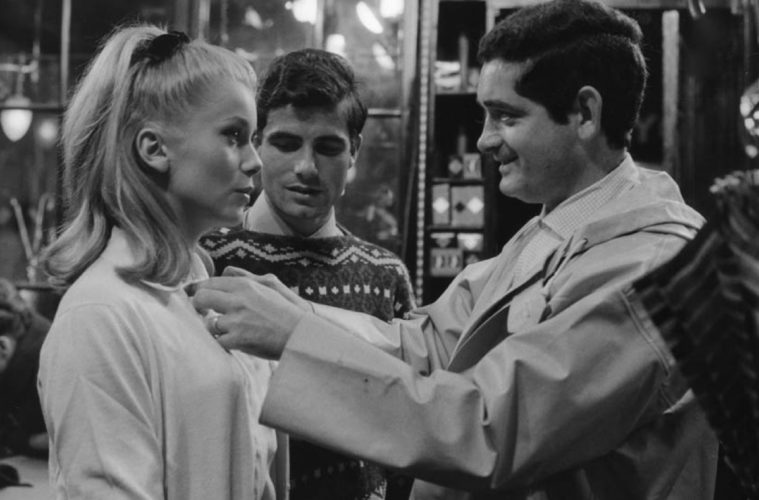 The Criterion Collection has announced their July 2014 line-up, including Cronenberg, Demy, Bresson, and more.

At the start of his career, Errol Morris set out to make a film about people from the same town who had cut off their own limbs and reported the amputations as accidental in order to collect insurance money. He received a death threat and eventually recognized that a documentary about these people would involve a lot of doors slamming in his face and camera — in other words, it’d be a failure. So he didn’t make that film (or a fiction version he’d later begun). He made another documentary about other people from that same place — the location being the title, Vernon, Florida – but not one on the subjects who didn’t want to be documentary subjects. Richard Linklater‘s extraordinary Boyhood will open BAMcinemaFest on June 18th. See a new still from the latest issue of EW.

At The Guardian, Natalie Barrass writes on the sex and censorship in Bollywood:

With India being the world’s biggest producer of films (around 1000 last year, twice that of America) its censor board, aka the Central Board of Film Certification, has its work cut out. It watches and certifies every film, both Indian and non-Indian, before they can be shown to the country’s masses. There is the popular misconception that Bollywood films do not show scenes of a sexual nature: they do. However, when comparing the screen time or manner in which kissing (or more “bedroomly” activity) is portrayed in Bollywood versus Hollywood, Bollywood is a blushing ballerina, whereas Hollywood is as brazen as a pole-dancing stripper.

At The Criterion Cast, Joshua Brunsting brings attention to Martin Scorsese‘s Bringing out the Dead:

The year 1999 will be known for a trillion different reasons. A turning point socially and obviously the last moment before the turn of the century, 1999 has become known as not only a truly significant year in our history, but one of the greatest years for cinema since its inception. With the rise of cult auteurs like Spike Jonze (Being John Malkovich) to the continuation of legendary careers like Pedro Almodovar (All About My Mother) all the way to some blockbuster franchises making their mark in the form of Pixar’s Toy Story 2, 1999 is one of the greatest years in cinema history. However, with so much shine given to a year that gave us films like The Sixth Sense and even Magnolia, it still very much has some of its truly underrated masterpieces. And oddly enough, one of the biggest comes from one of the film world’s biggest auteurs.

Studio Ghibli will record their first theme song in English, featuring Priscilla Ahn for When Marnie Was There.

Martin Scorsese once said (while shooting Cape Fear in 1991) that it’s hard to show characters walking out their front door, going over to their car while talking about something or other, and getting in. Hard to make that visually, dramatically, cinematically interesting. Hard to ingeniously compress it, or elide it altogether, as his master (one of many masters) Alexander Mackendrick would have done. Hard to manoeuvre in every sense—to do it well, and then fit into its exact, best spot in the whole film, the total structure. Such scenes, strung together in a jazzy, Spike Lee-style curve over two or three hours, constitute a narrative archipelago in Scorsese: a pattern of disconnected islands, not a whole, smoothed-out landscape.