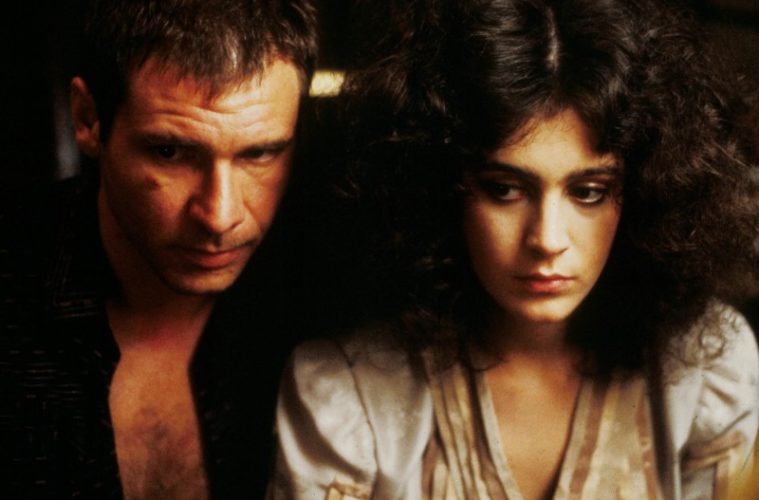 As Ridley Scott lives and breathes — and lord knows he will, so long as there are more Alien prequels to be made — there is always the chance that Blade Runner: The Final Cut‘s title may yet become anachronistic. But for going on ten years now, the seventh distinct full-length cut of Scott’s magnum opus has fulfilled its promise of being the last word on Blade Runner. Released in 2007, this version of the iconic 1982 sci-fi film mixes and matches various scenes and edits from multiple previous editions, while digitally tweaking the visual effects, colors, and audio mixing in preparation for Blade Runner‘s inaugural release in high-definition formats. Out of the many previous incarnations, The Final Cut most closely resembles Scott’s 1992 Director’s Cut, with some subtle but noteworthy modifications.

Though the film is based on Philip K. Dick’s novel Do Androids Dream of Electric Sheep? and adapted by screenwriters Hampton Fancher and David Peoples (the former of whom co-wrote the Denis Villeneuve-directed Blade Runner 2049, out this weekend), Ridley Scott has been very particular in claiming and exercising ownership over the film in the 35 years since its release. It is interesting to note that Scott, in his many revisits of Blade Runner, appears to share much of George Lucas’s philosophical approach to editing and digital technologies — that a film is less solid object than fluid canvas, an ongoing work subject to the auteur’s evolving whims and the advancing technological means by which he may choose to implement them. Yet Scott has not faced nearly the same level of popular backlash in the face of such a revisionist approach to his own work. He seems to realize, perhaps only too keenly, that Blade Runner is unquestionably his masterpiece — the greatest piece of cinema he has ever or will ever make. And, like Lucas, perhaps his role is best described not as “director,” but “architect.”

Blade Runner‘s great accomplishment is the creation of a world. Before a single line of dialogue is spoken, before any image is seen, and even before an individual name is assigned to any character, the film dramatically announces its subject and its heart at the conclusion of the opening titles: LOS ANGELES, 2019. Every subsequent frame is an exotic tapestry of light, shadow, metal, and stone so inconceivably dense in composition as to defy comprehension at a glance from the eyes of ordinary, organically grown humans. It exists outside of time and space: people and places, hairstyles, music, and towering, brand-name holograms are unmistakable products of the 1980s yet simultaneously alien and distant, a few steps removed from recognizable history — Replicants of our world. Human figures (and tragically humanoid imitations) may wander the overcast streets of “LOS ANGELES, 2019,” but it is the city itself –wrathful, melancholy, violent and weeping — that consumes the experience. Likewise, the classically terse noir plot that creates structure is ultimately a mere skeleton for something more mystical, eerie, and transcendental.

Perhaps Scott’s “Final Cut,” then, was made with a sensitivity to aesthetic pleasures and emotional highlights brought about by decades of hindsight. For one thing, the very medium of high-definition home video does considerable good for the film. This is a work that simply is not experienced in a single viewing, but in multiple returns to its ambiguous world; to not be able to watch it over and over again on home media is just not enough. To not experience its overwhelming compositions in high definition is also insufficient — indeed, one can almost see why Blade Runner was not as appreciated by audiences and critics in its time as it is now.

But it is Scott’s obsessive personal touches that provoke, frustrate, and delight. With every subsequent edition under his purview he has accentuated the heart of his own vision for the material, sometimes to the exclusion of other interpretations. The original 1982 cut, which Scott emphatically denounced as quickly as he was able, contains a pulpy first-person voiceover from Harrison Ford’s Deckard. Many argue that the voiceover, in theory if not in practice, has been unfairly maligned by Scott and Ford: it lends the film a remarkably different cadence and provides a much clearer, more relatable, and more defined emotional center. By granting us access to his inner thoughts and deadpan observations, the outwardly inexpressive Deckard changes from cryptic cipher to likable hero, bringing the script’s abstract emotional stakes down to earth and morphing the entire film around him in turn, as well as cementing Blade Runner‘s lineage in the tradition of classic LA detective fiction. For better or worse, Scott’s subsequent editing (beginning with his wholesale elimination of the narration itself) has studiously called the audience’s attention away from Deckard and onto the eerie silences and dirty, empty spaces that populate his world. The film’s original score by Vangelis, a techno-operatic phantasmagoria from an artist inextricably tied to the sound of the ’80s, was always a heavy driving narrative force in the film. But more and more frequently it carries entire scenes almost singlehandedly, punctuated by only the barest minimum of ambient noise, let alone dialogue. Scott wants the marvelous places and their dark, wondrous ambiance to dictate the audience’s dreamlike engagement with LA, 2019 — the humanoid avatars of plot mere receptacles for an overflowing abundance of mood.

If there’s one foundational brick that Scott the architect has never perfectly been able to balance, it is the film’s ending. The theatrical cut’s, imposed by Warner Bros. studio executives against the director’s will, is famously jarring: having completed his mission, Deckard spirits his fugitive Replicant lover Rachael out of the dark and smog-choked Los Angeles, emerging into a brilliant, verdant countryside where they drive into a seemingly endless expanse of empty, mountainous roads; Vangelis’s grand, ominous end credits theme fades in over sweeping aerial pans recycled from WB’s vault of unused location shots from The Shining. Scott regards this ending as a grotesque added appendage hacked and sewn onto the rest of his picture; yet despite its lack of logical coherency, the stark change of visual tones and scenery does create an oddly powerful, dreamlike catharsis, a redemptive yet eerily surreal final note accentuated by a soundtrack that seems clearly written for this imagery. (The climactic emergence of characters from metropolitan dystopia to unspoiled, uninhabited countryside is a visual motif that has since been recreated in other cyberpunk-influenced media, for instance Hayao Miyazaki’s underappreciated music video On Your Mark, undoubtedly a direct result of viewers who never imagined the film was meant to conclude any other way.) In lieu of this ending, his preferred cuts conclude with something of an anticlimax: preparing to go on the run with Rachael, Deckard flees from his apartment, slamming the doors behind him, as the film cuts to black. It’s an abrupt and strangely claustrophobic final image for a great film whose spiritual bedrock lies in complex and evocative structures of space; perhaps old Mr. Scott will give it one more touch-up the next time around.