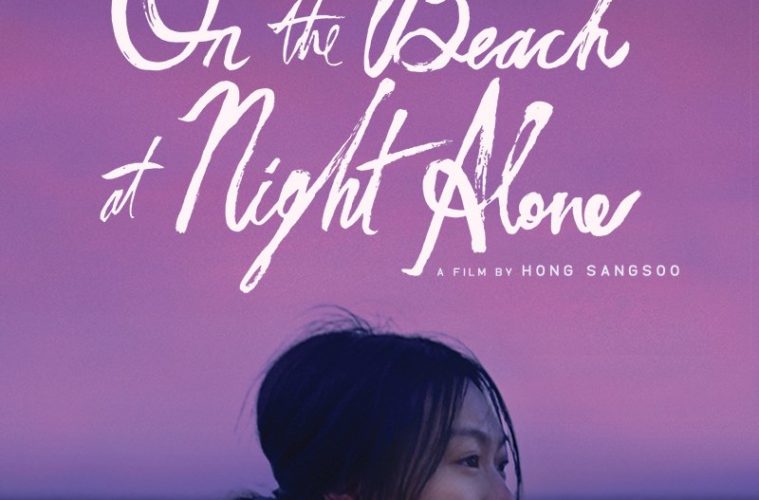 Berlin Review: ‘On the Beach at Night Alone’ is a Deeply Personal Meditation on Life’s Anxieties

To quote Whitman’s great poem from which this fine film takes its name: “As I watch the bright stars shining, I think a thought of the clef of the universes, and of the future.” On the Beach at Night Alone, a bittersweet tone poem from South Korean writer-director Hong Sang-soo, thinks many a thought about the universe and the future, mostly expressed through nature and the characters’ anxieties about growing old. It’s the 18th feature from the prolific master filmmaker, and one that ponders in the macro while still following the archetypal blueprinted micro we’ve come to expect.

Notice for those new to a Hong joint: his scripts tend to follow a character (usually a film professional) around for a few days in a place they’ve never been to before, or at least haven’t been in for a long time. They usually meet a friend or a stranger, make small talk, and drink a little more soju than they ought to (depending on what you’re into). The great alchemy of his filmmaking is that, with each repetition of these basic elements, something unique is produced, a formula that allows his characters — and subsequently the viewer — to open up and, when it clicks, reveal something deeper. In essence: he’s a director who knows exactly how it feels to be alive, and one with the rare ability to project that lonely experience onto the screen. If this work can be considered a document, Hong’s experience of life appears to have been a melancholic one. His films — not least his latest — are attuned to that particular brand of sad, ineffable beauty.

Kim Min-hee, a main player in Right Now, Wrong Then, plays Young-hee, a well-known South Korean actress who we soon learn has moved to Europe in order to distance herself from an affair she was having with one of her previous directors. Hong splits the film into two parts, the first taking place at Christmastime in Hamburg and the second a few months later in a seaside town in his native South Korea. We meet Young-hee at a German market, hanging out with a close friend who’s come to visit.

The two women walk through a park, have food with some friends, and meet a pianist who sells Young-hee a book of his compositions, which he tells her are written for children. We’re asked to consider the transient quality of such a short city break, how, with all that time and space for reflection, you feel older somehow, perhaps even wiser — a key Hong theme. Young-hee’s friends keep on telling her that she looks more mature since the affair ended. It’s unclear how happy she is to hear the news.

Indeed, it’s a self-aware film in many ways, and perhaps a self-deprecating one for a director who’s never shied away from putting his own lesser angels on screen. The pianist who Young-hee meets in Hamburg says that his work is “very, very simple… but if you go deeper you see more complicated things.” Later on, in part two in South Korea, Young-hee tells a director that it’s boring to make personal films (since when?). This fictional director is unlike the (presumably pseudo biographically) filmmaker characters that tend to lead many of Hong’s films — often young, humble, and sought after by beautiful woman. He ends up almost groveling to Young-hee at a dinner party, losing his cool, and awkwardly telling her that she’s pretty.  She, in turn, calls him out, asking why he seems to only hire young women. The moment feels almost like a confession from the filmmaker, addressing, perhaps for the first time, the quiet chauvinism that can be found in a number of his films.

It’s one of two times that we see Young-hee lash out at her friends for being too concerned with looks and youth — or, as she puts it, life instead of beauty. Young-hee’s journey is one of alleviation, a need to shed a superfluous skin. A righteous aim, perhaps, but a little pretentious, too, and you might just wonder if On the Beach at Night Alone — with all its moments of flabby transcendental human imperfection — could stand up to Young-hee’s scrutiny. As Hong sees it, life is about the bits in-between. It’s a contradiction of sorts, longing for the sublime while celebrating the everyday (of course no conclusions are offered), but then perhaps therein lays the beauty. We’re left with an image of Young-hee curled up on the sand, finally alone, staring out to sea. It’s these unspectacular moments that Hong does best, watching the bright stars shining, thinking of the universe and the future.

On the Beach at Night Alone premiered at Berlin Film Festival and opens on November 17.