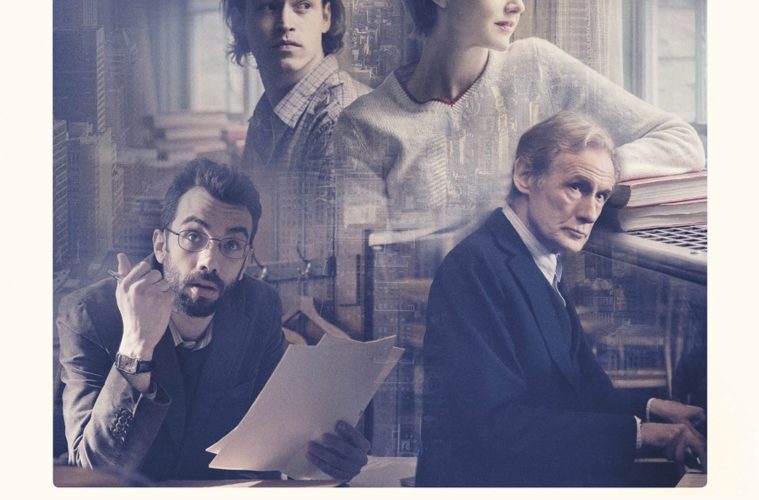 Where to begin with a film like The Kindness of Strangers? Well, Lone Scherfig’s new ensemble romance, which inexplicably opened the Berlin Film Festival this week, is certainly not lacking in good intentions, nor is it lacking in mawkish sentimentality either. Indeed, as its dizzyingly sincere title suggests it is about as maudlin and hopelessly idealistic a film as one is likely to see in 2019, concerning a beleaguered and perfectly sympathetic mother of two who goes on the run from an abusive husband and finds goodwill in the most unlikely of places–and we’re talking unlikely in the most straight-faced of manners.

Strangers is the tenth feature film of Scherfig’s thirty-year career, a body of work that began on Danish television in the ’80s before having its crowning success with An Education in 2009, a film that rode the wave of Carey Mulligan’s mercurial breakthrough performance all the way to the Academy Awards. Frankly, anything resembling that kind of achievement this time around would come as a resounding surprise, which seems rather a waste given all the talent behind the camera and the capable, likable cast in front.

Led by Zoe Kazan, Tahar Rahim, Andrea Riseborough, Jay Baruchel, Bill Nighy, and Caleb Landry Jones, each of whom, in the tradition of the ensemble weepy, are tasked with playing off one or two traits instead of grappling with anything like a fully formed character. Kazan is wide-eyed and earnest; Rahim is brooding and principled; Risebourgh is saintly and scattered; and so forth and so on. What results resonates unkindly with the interweaving narratives of films like New York, I Love You and its similar featherweight offspring.

The renascent Kazan stars as Clara, the aforementioned mother of two. The film opens with the trio’s escape to Manhattan–although why exactly Clara chooses one of the most notoriously expensive locales on earth as her destination is something I still cannot work out. Regardless, and inevitably, her finances quickly run out and Clara is forced to find alternative ways to feed and shelter the boys. Complicating matters further, we learn her husband is a cop and “has friends” so will be able to find her–which he ends up doing, seemingly out of nowhere, in a random Chinese restaurant.

It’s around here that the eponymous strangers appear to save the day: namely Marc (Rahim), an ex-con turned chef who takes a shine to Clara; Timofey (Nighy), the sardonic head waiter of the decorative Russian restaurant where Marc is employed; John Peter (Baruchel), Marc’s ineffective lawyer; Alice (Riseborough), a nurse with a remarkable ability for multitasking; and Jeff (Landry Jones), a fellow down and out who helps Alice in her endless Samaritan tasks. It is a set up that promises many an emotional path crossing which Scherfig repeatedly, bluntly, suffocatingly provides.

For all its faults, Strangers is nothing if not heartfelt and, thanks largely to Kazan’s sincerity, it isn’t difficult to sympathize with Clara’s plight, however even the most generous of viewer will struggle to ignore how out of touch it all feels and how cringingly at odds the world of the film is with the reality of city life. Indeed, New York residents will scratch their heads at the thought of a Manhattan head chef risking their kitchen’s A rating by allowing a homeless stranger to sleep beneath a table; just as they will gawp at the notion of a midtown concert hall with such poor sound-proofing that Marc can pop a kitchen window and hear Smetana’s Vitava (Moldau) in perfect clarity. The less said about the ex-con’s penthouse loft the more we can all get back to paying off our own overpriced boxes.

It is these clanking moments that do most to compromise the coherence and flow of Scherfig’s film. The resulting bafflement is further confounded by Andrew Lockington’s incessantly sweeping, emotionally nagging score which rears its head at every turn. It is a film that will not only leave New Yorkers feeling patronized but also anyone who is Russian, or of Russian extraction, or who worked as a chef, or as a police officer, or as a department store security guard.

And yet, in spite of it all, the cast members do themselves justice for the most and I couldn’t help but be charmed by Riseborough’s wide-eyed decency as she hosts her frequent “forgiveness” meetings–not to mention be seduced by Nighy’s signature suave detachment. The wiry old scoundrel is the movie’s one true saving grace but even his otherwise classy character must suffer the ignominy of putting on a fake Russian accent. He explains that his boss prefers it when his staff members sound Russian. Maybe the restauranteurs could have found a native speaker in the half million or so Russian Americans the city is estimated to hold.

The Kindness of Strangers premiered at the Berlin International Film Festival.