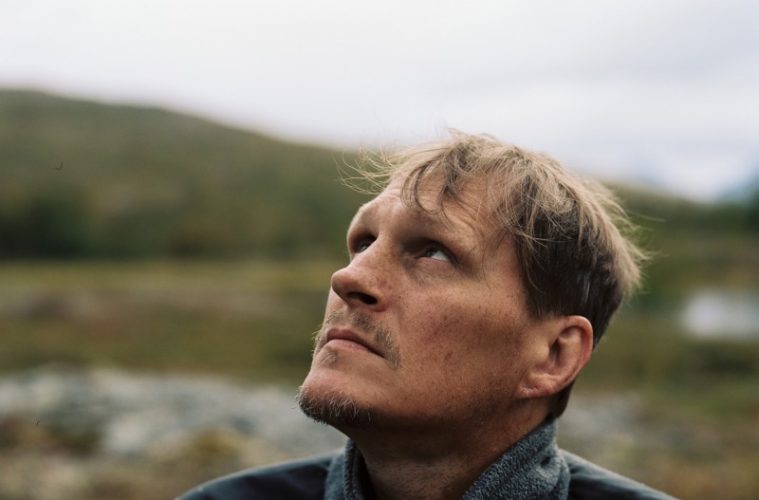 As the ice flows thaw in the 24-hour daylight of a northern Norwegian summer, so too does the relationship of a father and son in Thomas Arslan’s Bright Nights, a consciously meditative but rather straightforward three-act road movie that takes just the bare minimum of plot points along for the ride. Combining an ambient use of imagery and music with a simple and sparse approach to dialogue, Arslan’s seventh feature as director might remind the viewer of the work of a small group of American independent filmmakers who broke out in the mid-to-late 2000s who were, at the time, collectively referred to as the neo-neo-realists by New York Times critic A.O. Scott. Indeed, you can see much of the work of Ramin Bahrani and Kelly Reichardt on display here, though, crucially, not their most profound gift as filmmakers: being able to divulge a great deal about a character’s subconscious with the briefest of glances or the most seemingly innocuous line of dialogue. A particularly weatherworn Georg Friedrich takes the lead as a blue-collar Berliner named Michael. We open on a phone call between him and his ex-wife, Leyla (Marie Leuenberger), as he relays the news that his father has just died. Looking tired and melancholic but pragmatic nonetheless (this is Germany after all), Michael decides to travel to his father’s last residence in Norway to deal with the formalities of his passing. Leyla suggests that he take his son, Luis (Tristan Göbel), along with him, knowing that it might be an opportunity for the two men to reconnect, having grown apart since the separation of their marriage. We’re five minutes in at this point. We can probably already see where this is going.

The viewer might recognize Friedrich’s unconventional (with the greatest respect) façade from some bit parts he worked early on in his career (The Piano Teacher, Sukurov’s Faust, Dog Days from Ulrich Seidl). Here he takes a rare sympathetic lead role and, working with scant material, manages to bring considerable pathos to it. It’s not such a smooth ride for his younger co-star, however, who is not only made to look like what teenagers often look like in movies — all hair, headphones, and brooding — but is also provided with dialogue of a similar complexity. Together they drive around (a lot), camp out, eat hot dogs, and share just a handful of conversations over the film’s less-than-90-minute running time. These are either innocuous (football, movies) or clichéd (mom’s new boyfriend, future prospects), and one can sense the film stretching out for an earnest universality that is never quite reached.

While the camera stares out the window of the moving car — as it does on a few too many occasions — one might be reminded of Reichardt’s great Old Joy, another film about two men who go up a mountain to cleanse both their relationship and wary souls. The cinematography from Reinhold Vorschneider and score by Ola Fløttum (composer for Oslo: August 31st and Force Majeure) are comparable enough to suggest that a similar mood may have been created here; the problem is that Reichardt’s characters earned their catharsis. Michael and Luis do not, nor does Arslan’s film. We’re left with an image of Michael on a bus from Schönefeld Airport, missing his son and the wheel of the car perhaps, and feeling, like the audience, quite unfulfilled.