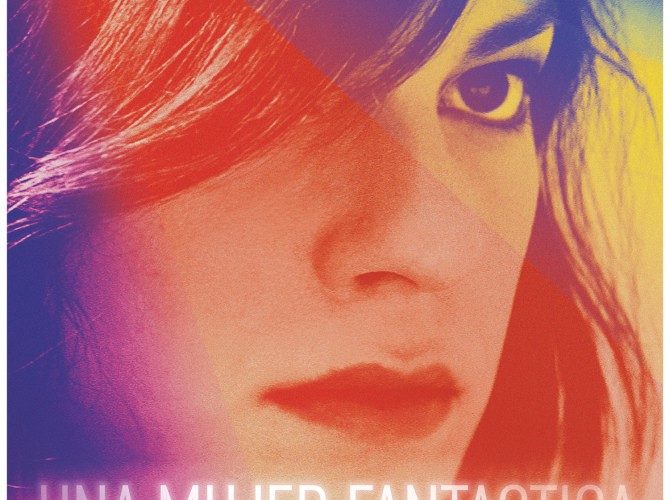 Berlin Review: ‘A Fantastic Woman’ is a Dazzling, Fiery Drama

Chilean director Sebastián Lelio’s follow-up to his 2013 hit Gloria is a dazzling companion piece that once again focuses on a woman’s resilience in a world where what doesn’t kill you doesn’t necessarily make you stronger. Timely issues of transgender rights both in Latin and North America help make A Fantastic Woman a bolder, brasher film, fiery in comparison with Gloria’s relatively tenderness, but anchored once more by a stellar central performance. Gloria’s Paulina Garcia won the Berlinale’s Best Actress award here four years ago, and trans actress Daniela Vega could repeat the feat in what would be a watershed moment for mainstream cinema’s treatment of transgender actors.

Vega is superb as Marina, a 30-something waitress who moonlights as a singer in upmarket bars. On the surface she keeps to a relatively normal life, in a healthy, caring relationship with sensible 57-year old, Volvo-driving executive Orlando (Francisco Reyes). But that balance lies in tatters when Orlando dies suddenly one night, lurching Marina back into a life where prejudice is a quotidian feature. But Marina doesn’t fight back; instead there’s a strength of spirit and poignancy to how she gets back up again every time without having to resort to stoop to the level of her haters. Lelio takes care to ground this in a world that’s authentic. There are characters like Marina’s sister, wholly supportive of her life choices, and Marina’s trip to a gay club shows a vibrant LGBT culture in cosmopolitan Santiago.

There are also those sympathetic to Marina’s struggles, yet unable to fully process her sexuality, perhaps only unconsciously balking at Marina’s trans identity. Doctors talk to her using male pronouns, while a sexual offenses policewoman (Amparo Noguera) believes Marina and Orlando’s relationship could be based on prostitution and threat. “I’ve worked the streets for 23 years,” she tells Marina, then giving her a humiliating physical examination. It’s a fascinating scene, tactfully filmed with Marina’s body shown only above the waist; this is the only point in the movie when she cries. But in those years, did the police officer not come to terms with the fact that the trans community no longer hides in dark alleyways at night?

The harshest judgements come from those who treat Marina with disdain. This is perhaps the film’s weakest point, when Lelio’s script seems to retreat from three-dimensional characters and into caricature. “I look at you and I don’t know what I’m seeing,” barks Orlando’s ex-wife Sonia (Aline Küppenheim). “A chimera.” Sonia is perhaps too much a cliche of a scorned woman, but she’s not as weakly plotted as Orlando’s sons: a scene when they kidnap and attack Marina reminds of thugs from movies like Boys Don’t Cry and stretches credulity in a metropolis like contemporary Santiago.

That urban environment, together with complex emotions, heightened drama, and gutsy female performance reminds one of Pedro Almodóvar, alongside its terrific soundtrack, which mixes Herrmannesque-style score (by Matthew Herbert) and choice tracks like Aretha Franklin’s “A Natural Woman.” But if music has any great cathartic effect, it’s in Marina’s own singing, which bookends the film. After Gloria and Marina, Lelio has much to live up to if he’ll bring another character as memorable to the screen again.

A Fantastic Woman premiered at Berlin Film Festival and will be released by Sony Pictures Classics on February 2.