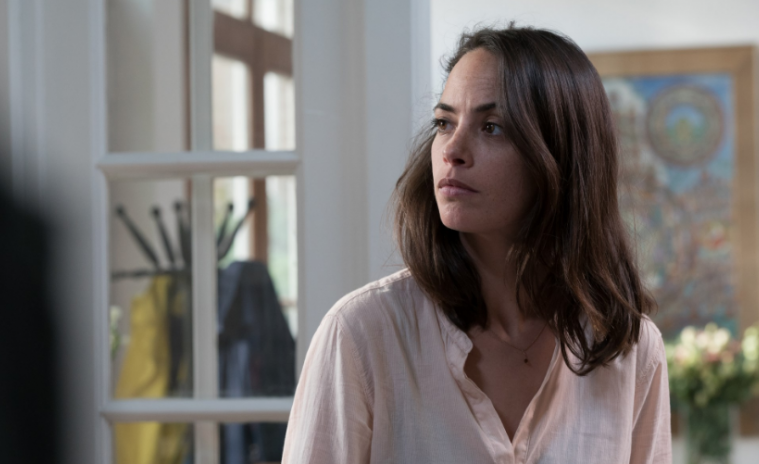 After taking part in Brady Corbet’s debut The Childhood of a Leader this past summer, Bérénice Bejo (The Artist, The Past) is back, this time leading a drama from Belgian director Joachim Lafosse (The White Knights, Our Children, Private Lessons). Premiering at Cannes in the Directors’ Fortnight section, After Love follows a marriage in its final weeks after our main couple decides to get a divorce. While it doesn’t have U.S. distribution yet, it’ll come out in the U.K. at the end of this month and the first trailer has now arrived.

We said in in our review,” In the past, the Belgian director Joachim Lafosse made a film about a mother seeking escape from domestic hell by killing her four young children (Our Children), and one in which a teenager is tutored in the ways of sex by his adult friends, only to be raped by each of them in turn (Private Lessons). With these precedents in mind, it’s impossible not to be apprehensive about the fate of the two adorable twins in his new feature, After Love, which from the get-go are ensnared in their parents’ ferocious marital crisis. So here’s some good news right off the bat: the girls make it out of the film unscathed. In fact, no one gets assaulted or murdered or unduly traumatized in any other way. In this regard, After Love is an unusually moderate film by Lafosse’s standards. While it ultimately lacks some of the vigor of his previous work, it does allow you to leave the cinema without feeling ill, which is also nice.”

Acclaimed director Joachim Lafosse (Our Children) returns with After Love, an astute, intelligent and moving examination of modern relationships.

After 15 years of living together, Marie (Bérénice Bejo) and Boris (Cédric Kahn) decide to get a divorce – but the separation proves far from simple. Boris can’t afford to move out until the house in which they live with their two daughters has been sold. But while it was Marie who bought the house, it was Boris who completely renovated it, hugely increasing its market value. Unable to agree on how to divide the proceeds, they soon find themselves at an impasse in which all of their frustrations, resentments and grievances start to mingle with feelings of past affection.

Underpinned by a razor-sharp script that perfectly articulates the dynamics of everyday families and casts a shrewd light on contemporary class conflict, After Love is also endowed with two of the year’s finest screen performances, with Bejo (The Artist, The Childhood of a Leader) displaying a stunning level of dramatic range and depth.

After Love hits U.K. theaters on October 28 and is seeking U.S. distribution.