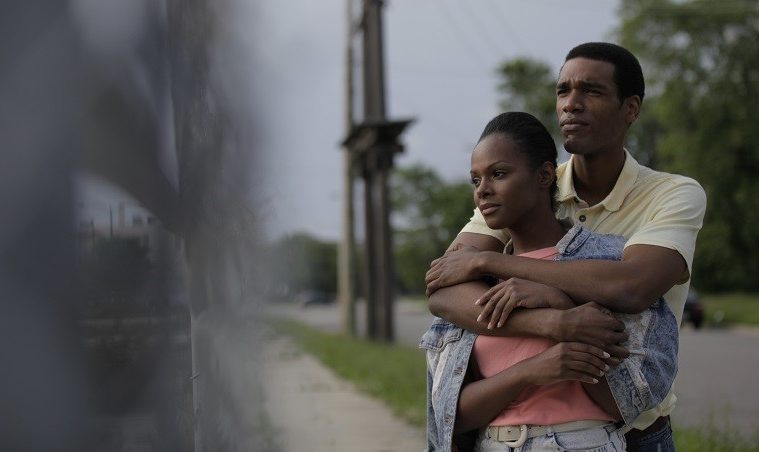 Arriving just in time for the end of the Obama era, Southside With You depicts a history-changing summer afternoon in 1989 in which our future national leader took Michelle Robinson out on what would become their first date. Barack Obama (Parker Sawyers), working at a corporate law farm as an associate from Harvard Law, persuades his co-worker Michelle (Tika Sumpter, also a producer here) to attend a community meeting, which is not a date, according to her. What follows is certainly one, as we can see in the first trailer, which arrived today ahead of an August release.

We said in our review, “Writer-director Richard Tanne understands that this would be difficult to pull off if it didn’t work as a romantic drama first and foremost. Injecting personality and flair with a soulful soundtrack and warm cinematography form Patrick Scola, Southside With You impresses with its vision of a lower-class Chicago and a sincere emotional center. Even with a known outcome, it’s compelling to see the burgeoning relationship between these individuals as they sport authentic chemistry. While the script does tend to wink a touch too much to try and encapsulate Barack’s future, with this narrow of a scope, seeing the two debate over ideas and predilections has its allure.”

Check out the trailer below for the John Legend-produced film also starring Vanessa Bell Calloway and Jerod Haynes.

Inspired by Barack and Michelle Obama’s first date, SOUTHSIDE WITH YOU recounts the eventful summer day in 1989 when a young law firm associate named Barack Obama (Parker Sawyers) tried to woo lawyer Michelle Robinson (Tika Sumpter) during a daylong date that took them from the Art Institute of Chicago to a screening of Spike Lee’s Do the Right Thing to the site of their first kiss outside of an ice cream parlor.