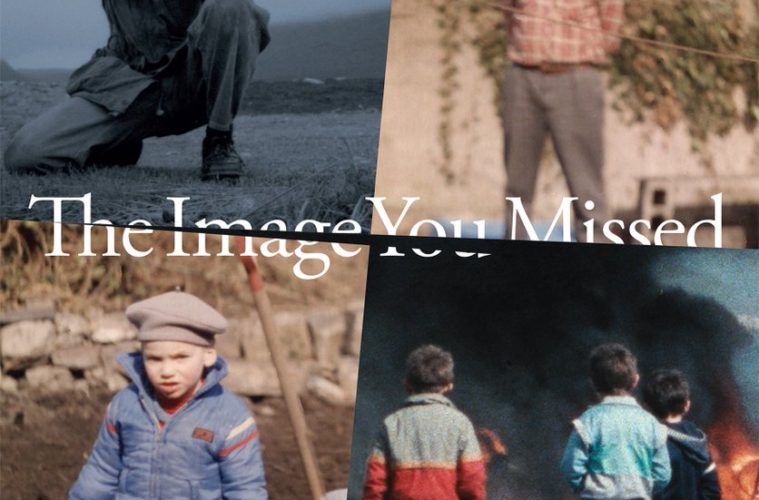 Art of the Real Review: The Personal and Political Gracefully Coexist in ‘The Image You Missed’

A few minutes into Donal Foreman’s The Image You Missed, a voice-over comes to an abrupt stop: “each film is a mission impossible, but this one here, it was the most…” It’s a truncated snippet from an interview given in French by Foreman’s father, Arthur “Art” MacCaig, the late Irish-American director who raised to fame after his resolutely partisan documentary on Ireland’s Troubles, The Patriot Game (1979), and who here acts as the epicenter of a deeply personal and powerfully moving documentary-essay that weaves together an estranged parent-son relationship with a two-handed portrait of a country the two both filmed and experienced – in markedly different ways.

Exhuming largely unseen footage spanning over 30 years, Foreman follows MacCaig’s cinematic peregrinations in and out of Ireland to pierce together the picture of a father he seldom knew. Raised by his mother Maeve (to whom The Image You Missed is dedicated “with infinite gratitude”), Foreman only met MacCaig during a handful of rendezvous between Dublin and the director’s adoptive Paris. Yet the parents’ breakup is diligently circumvented, and though Foreman makes no mystery about MacCaig’s ice-cold and seemingly indifferent attitude toward son and mother (“I’m glad your family seems more accepting of your imminent pregnancy,” one of MacCaig’s missives to Maeve reads) The Image You Missed follows the searching gaze of a son less interested in apologies than in resuscitating a relationship with his father – if only posthumously.

This is where Foreman’s work nails some delightfully poignant moments. Working as his own editor and filtering through hours of MacCaig’s own footage, the 31-year-old conjures up a man who “always looked out in other people’s images” by concentrating on the rare moments he allowed his own to show on screen. There are a few exquisite scenes when Foreman captures stills of MacCaig’s own reflection on windscreens and mirrors, others when he films inside locations his father shot his own documentaries in, and The Image You Missed crafts some graciously edited shot-reverse-shots that dance between old and present-day footage.

It is a beautifully choreographed conversation between two men caught in a perpetual state of diaspora, a sense of alienation that speaks to the inner emigré hailed by Seamus Heaney (whose words from The Disappearing Island serve as headings for the feature’s chapters) – two men moved by the same wanderlust, but inhabiting radically opposite times and spaces. Foreman is unmistakably aware of this distance, and excels at teasing it out in all its geographical, temporal and political dimensions. “It is not that you and I see differently,” a voice-over addressed to his father reminds us half way through the feature, “we came into cinema and the world at different political moments.” There are plenty of contrasts at stake here: one between a city torn apart by conflict (Belfast) and a more peaceful and cosmopolitan capital (Dublin); one between a man consumed by an armed conflict and a son revisiting the Troubles with the stupor of a somewhat external observer; and lingering above all others, one between a partisan who filmed at a time when certain political utopias seemed possible, and a son who began to do so in the wake their failure.

Yet The Image You Missed steers clear from pessimism. There’s a peculiar sense of unfinished business that emanates from its 73 minutes, an allusion to ongoing struggles that stands out perhaps most palpably in Foreman’s Belfast footage and the material he recorded during Occupy Wall Street, and a call to defend “a right to speak” amid the chaos.

I do not know whether the call is addressed to MacCaig specifically – if Foreman phrases the vindication of his own directorial voice over against his father’s own. There is no clear sense of closure at the end of The Image You Missed, no catharsis between Foreman and his father’s ghost, which is what makes the whole work all the more nostalgic and endearing. Watching Foreman resuscitate MacCaig’s image on the big screen, the son and father’s cinematic universes gradually merging into one, my memory kept jolting back to that early, truncated voice-over. The Image You Missed exists at multiple levels. It is an archival quest to bring back to life a man’s oeuvre, an attempt to reckon with one’s national identity, and a struggle to make sense of the legacy a father left behind. Each film is a mission impossible, but Foreman’s plays out at depths few others normally venture in.

The Image You Missed played at Art of the Real and opens on May 31.