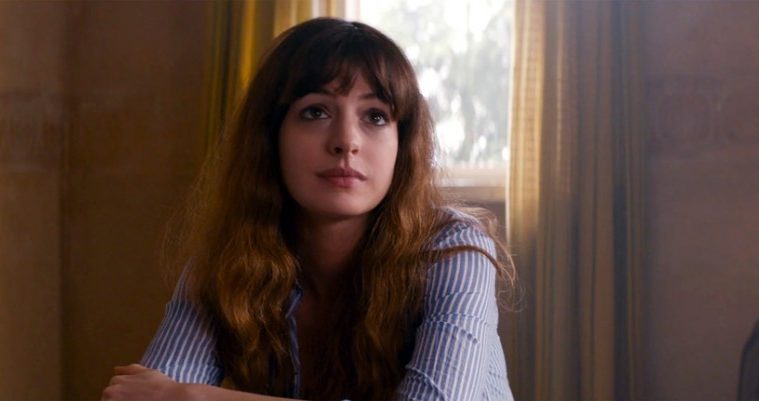 It wasn’t a premiere at Sundance Film Festival, but I caught up with the latest sci-fi film from Timecrimes director Nacho Vigalondo there and it turned out to be one of my favorites of the festival. Colossal, which follows Anne Hathaway‘s character and the idea that her alcoholism may have something to do with a kaiju attack across the world, is an impressive feat of large-scale meets small-scale storytelling, with a stellar, unexpected performance from Jason Sudeikis. Also starring Tim Blake Nelson, Austin Stowell, and Dan Stevens, the first full-length trailer has now arrived ahead of an April release.

We said in our review, “Whether the existence of time travel or an alien invasion, writer/director Nacho Vigalondo has proven king at dealing with large-scale concepts affecting small-scale characters. Always looking to portray how genre catastrophes are handled by nobodies on the ground without government credentials or scientific degrees, he continues this trend again with his latest monster movie Colossal … for the most part. After certain truths are revealed, it’s easy to discover how two former classmates in a sleepy city with one watering hole may have more to do with the chaos wrought by a giant Godzilla-sized humanoid creature in Seoul, South Korea than anyone would believe. Gloria (Anne Hathaway) and Oscar (Jason Sudeikis) have unfinished business together that’s ready to be unleashed and not even they know it’s there.”

Gloria (Anne Hathaway) is a hard partying New York scene girl who is thrust into crisis when her boyfriend, Tim (Dan Stevens), grows sick of her antics and kicks her out of their apartment. With no other options, she moves back to her hometown and quickly regresses, drinking every night until last call and accepting a job at a bar owned by her childhood friend Oscar (Jason Sudeikis). One day she wakes up and blurrily finds out that Seoul was terrorized by a giant creature the night before. Eventually, Gloria begins to suspect her own drunken actions are bizarrely connected to the monster rampaging in South Korea.