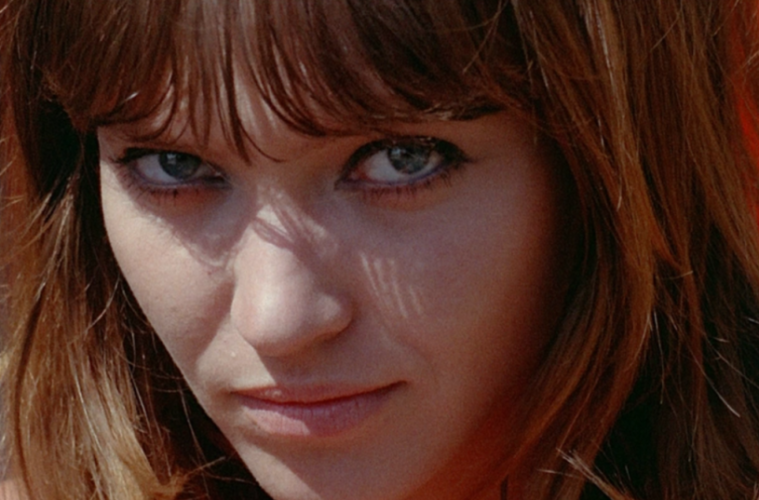 Anna Karina Reflects on Jean-Luc Godard, Jacques Rivette, Serge Gainsbourg, and Not Being a Muse

I know just how hagiographic it sounds when I say, and nevertheless say with full sincerity, that being in Anna Karina’s presence is sort of a shocking thing. The French New Wave’s feminine icon — perhaps the screen icon of ‘60s cinema, period, at least if her recent immortalization in innumerable GIFs could count for anything — has often seemed inscrutable: as quick-witted as she is goofy, as likely to indulge in cartoonish physical gestures as she is to display her preternatural beauty, and always hiding something behind the eyes. With that perception established, you might understand why, as she walked down the steps of BAMcinématek’s theater 3 for a Q & A following Jean-Luc Godard’s A Woman Is a Woman, the seemingly innocuous figure almost immediately elicited this thought from myself and, I’d imagine, several others: “Holy shit — that’s Anna Karina.”

That feeling will soon dissipate — not because Karina comes across as dull-minded or is unwilling to indulge in stories about her glorious career, but primarily because her presence is more immediately welcoming than an iconic status might otherwise suggest. The Village Voice’s Melissa Anderson led the discussion, which mixed familiar notices — Coco Chanel suggesting her stage name in the late ‘50s; learning French by watching movies; the bizarre initial encounters with Godard — with smaller details and more personal perspectives. Case in point: when asked if she has a favorite of the “seven-and-a-half” films made alongside Godard, a question Anderson herself acknowledged could be “sacrilegious and blasphemous,” Karina (somewhat) danced around the matter by comparing those works to children: “one year you like this one better.” (Short answer: there is no answer, or none she’ll let slip.) And so rather than being taken as a particular stand-out, each is instead considered a gift — in large part because, on recent international trips, she’s noticed “very young people” consistently appearing for these decades-old titles, sometimes even skipping school for the opportunity.

Some specter of the French New Wave — perhaps just French life in the ‘60s — hung over this entire evening, judging by the direction of nearly every question and answer. The first audience member wanted to hear of her Serge Gainsbourg collaboration, a 1967 picture that, after some deliberation on creatives’ part, was simply titled Anna. (“I liked that,” she said of the decision.) Notwithstanding the light, affable nature of these recollections, Karina was quick to shoot down gossip about any potential romances: “In the end, a woman is a woman. But, no, we were only friends. We would laugh, drink red wine, and smoke cigarettes and all that.”

Granted an opportunity to speak up, I inquired about recollections of Jacques Rivette, the director behind one of her greatest performances (1966’s The Nun) and with whom she’d collaborate decades later, albeit briefly, on Up, Down, Fragile. The response went like so:

“I met him when I was 17-and-a-half, close to 18, because he was very good friends with Jean-Luc. He was very good friends with François Truffaut, Eric Rohmer, lots of other directors at that time, and we were also always together at the cinematheque. I just did Vivre Sa Vie with Jean-Luc. Jacques Rivette was preparing La Religieuse, The Nun, for the theater, and so he asked me to do the play, to play the part. And so I did it in the theater first, and everybody liked it — even Brigitte Bardot. They saw it on the stage with me and they cried. It was very good. I got good critics; I even got a little prize from the radio. Then we did the film about three years, I guess, later. The film was coming out and [Gasps] so it’s banned by [André] Malraux and all the priests and all that. The church, they said, ‘What did you do?’ I mean, it’s Diderot. It’s a beautiful novel by Diderot with a very beautiful language. We didn’t understand. It was making a big, big scandal. It went to Cannes, it was a scandal, and everybody started to scream, and it was in the papers for six months. It couldn’t get out because all the priests and Catholics in France didn’t really like it. So angry! And we didn’t understand why — and Rivette didn’t understand, either. The film finally came out, I guess, two years later, and it was a big success, of course, because everybody wanted to see the scandal. So it came out and it was a big hit.

I liked to work with Rivette. It was fun. Nothing to do with Jean-Luc Godard; it’s not the same kind of work. He was a very precise guy. The cameraman had to stop all the time. The guy was going crazy because he didn’t remember if he had to go here or there, but it was great to work with him. But he would rehearse the same scene for five days, and it didn’t make that much difference! A director from the studio said, ‘It could take ten years before we get the filmed play.’ But the film, he liked to be far away, always, to see the whole thing. I think there’s only one close-up in the film, and I don’t even think it’s that close. The cameraman, he said, ‘But it cannot be used for once, a 60, or a 35 at least.’ So one day the 28 lens broke down, so he said, ‘No, don’t go into an 18! That’s even further.’ So it was very precise with Jacques.

The last film I did with him was called Up, Down, Fragile. I’m playing the part, the mother of somebody — we’re not sure if it’s the mother or not — but I’m playing a singer singing in a nightclub and all that. In this nightclub, I was singing a song that my husband, Dennis Berry, wrote, and so I sing the song. Another actor comes in and just has to say, ‘Hello. How are you tonight?’ So she comes in and said, ‘Hello. How are you tonight?’ Jacques said, ‘No. It’s no good. We have to do it again.’ The poor actress, I think, had to do it about 35 times — just for one line.” [Asked if it was Marianne Denicourt, Karina stated, ‘No, no, it was not her — but I’m not saying who it was!’]

Only one more audience member could chime in, though he managed to set up the evening’s biggest laugh — either the result of an honest mistake or cutting response on Karina’s part. The viewer, sporting a thick New York accent, posed the not-unfamiliar question of how it feels to have been Godard’s muse. Squinting into the crowd, either trying to find the man or staring him down — even having been present, I can’t be certain — Karina posed her own question: “Are you Woody Allen? I thought you had that… Woody Allen voice.” Amidst some shock and light applause, her thoughts started coming forth: “Being a muse: it’s cute, it’s funny, it’s nice — but I was more happy about the seven-and-a-half films I did with Jean-Luc. That was a real present and a gift. But, of course, it’s too much, being a muse and all that.”

In a situation somewhat befitting the slippery, inscrutable films bearing her name, Karina struggled to find a totalizing descriptor. Anderson suggested “collaborator,” to which the actress said, “No, that sounds terrible.” (One might again be able to make an inference or two, given the semi-frequent French association between “collaborator” and Nazism.) So what, then? If nothing else, there’s this alternative: “I’m very honored. But I’m not a muse. I’m amused, yes.” There came applause, and then the evening was over.

“Anna & Jean-Luc” runs through May 12th at Film Forum and Band of Outsiders will play nationwide throughout the summer.