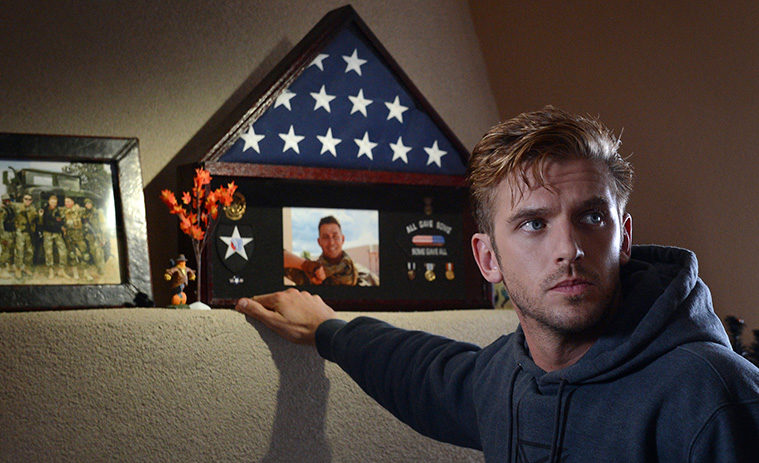 I’m happy to report that 2014 was a year brimming with standout blockbusters, worthy festival favorites, and surprising sleeper hits. I was most struck by the variety of great films representing a wide swath of genres and tastes. I enjoyed the life-affirming Swedish import We Are the Best! as much as the hyper-violent, stripped-down action thriller John Wick. While the debate about sexism in the film industry rages on, it was gratifying to see The Babadook and Obvious Child introduce some promising female talent — Jennifer Kent and Gillian Robespierre, respectively — who finally and deservedly owned the year. Those that didn’t make the cut, including the horror comedy Housebound, the neo-realistic beauty Stop the Pounding Heart, the nightmarish Enemy, and the moral epic Norte, the End of History, still come highly recommended.

In summation, it was a year of extremes, where the largest and smallest films impressed, while critics’ choices like Birdman, Nightcrawler, and The Grand Budapest Hotel left me cold despite stellar casts and fascinating premises. Due to lack of access (Pittsburgh, PA isn’t exactly a select city) or time, I have yet to experience A Girl Walks Home Alone at Night, Inherent Vice, Top Five, Dear White People, or Force Majeure, but look forward to seeing them in January.

Jesse Eisenberg hits the mark as a meek office drone who loses his identity and love interest (played by a captivating Mia Wasikowska) to a scheming doppelgänger in writer-director Richard Ayoade‘s take on Fyodor Dostoyevsky‘s novella. Surreal, but never bleak, the dreamy dystopian tale explores the darkest corners of isolation and paranoia, an effect partly achieved through the many famous bit players who flit in and out of scenes at a dizzying pace (Sally Hawkins, Noah Taylor, Cathy Moriarty, Chris O’Dowd, and Dinosaur Jr. frontman J Mascis all make appearances). Eisenberg’s brilliant dual performance, along with plentiful noir lighting and rapid-fire dialogue, make for an outstanding, darkly comedic gem.

9. The One I Love (Charlie McDowell)

Imposters was the theme for 2014, and director Charlie McDowell‘s feature debut was no different. However, his work stood apart by effortlessly blending relationship drama, comedy, and sci-fi for the story of an unhappy couple (Mark Duplass and Elisabeth Moss) who, in an effort to save their marriage, head to a weekend retreat where not everything is as it seems. The perfectly cast Duplass and Moss display an undeniable chemistry, and Justin Lader‘s script sustains a tight, albeit natural pace as the mystery unfolds. Considering how well it turned out, I wouldn’t be surprised if The One I Love inspires more genre-bending experiments in the years to come.

8. Dawn of the Planet of the Apes (Matt Reeves) As my fiance put it, if you show me a poster of a machine gun-wielding chimp riding a horse, I will go see that movie. Thankfully, Dawn is more than its over-the-top promotional material, instead proving a blockbuster that successfully combines spectacle with subversive (and not-so-subversive) commentary on power, bigotry, and warmongering. While many CGI-dependent summer releases degenerate into noisy messes, the follow-up to the reboot Rise of the Planet of the Apes deftly juxtaposes quiet moments with big action, and lingers confidently on its fully developed and detailed ape characters. It’s still mind-blowing to think that Maurice, the exceptionally rendered sage orangutan, is the product of motion capture and pixels.

The crisp black-and-white drama from director and co-writer Paweł Pawlikowski covers so much ground in such a short time — identity, religion, nationality, and the fragile aftermath of war are just some of the issues explored over the course of 82 minutes. Newcomer Agata Trzebuchowska delivers a stunning breakout performance as a young novitiate nun who discovers her tragic Jewish roots with her estranged aunt (an equally exquisite Agata Kulesza). Pawlikowski also employs off-center framing and a subdued tone to produce a gorgeous, evocative portrait of Soviet-era Poland.

Only David Fincher could turn a juicy best-seller into a masterful (if not completely off-the-rails) mystery thriller about a husband (Ben Affleck) swept up in a media frenzy after his wife (the awesome Rosamund Pike) disappears. Working from a screenplay by author Gillian Flynn, Fincher veers the audience away from relating to the main characters, instead choosing to unashamedly marvel at the selfish, manipulative exploits of — as supporting player Tyler Perry puts it — two fucked-up people.

5. Guardians of the Galaxy (James Gunn) What’s so great about the big-screen adaptation of one of Marvel’s more obscure properties is that director James Gunn turned it into the kind of movie he wants to see. The often-hilarious space opera about a band of misfit heroes recalls the adventurous spirit of Lucas and Spielberg’s golden age, when Star Wars and Indiana Jones reigned supreme. Defined by thrilling battle sequences and pitch-perfect casting (see pro wrestler Dave Bautista‘s amusing turn as Drax), the work is definitely one of the most satisfying viewing experiences I’ve had in years.

Filmmaker Jennifer Kent‘s scary surprise hit packs a hell of a punch with imaginative visuals and visceral sound design. It also features two powerhouse performers in Essie Davis and child actor Noah Wiseman, who bring a jarring intensity to their roles. (When Davis’s cornered single mother unleashes a primal scream, every hair on my body stood on end.) More importantly, it’s one of the most terrifying depictions of quiet desperation ever committed to film, and therefore a welcome addition to the realm of quality horror.

3. The Tale of the Princess Kaguya (Isao Takahata)

As one of the latest (and possibly last) Studio Ghibli releases, Isao Takahata‘s vision of an ancient Japanese folktale adds to a long list of distinguished anime triumphs. While computer-generated animation strives to look real, the hand-drawn Kaguya feels alive with its minimalist sound design and painterly style, which makes it all the more affecting and beautiful.

2. Under the Skin (Jonathan Glazer)

Scarlett Johansson positively nails her role in Jonathan Glazer‘s horrific sci-fi piece, which follows a comely predatory alien who suddenly becomes vulnerable in an unfamiliar human world. With a reliance on visuals instead of dialogue, each chilling, slow-burning scene speaks to universal fears of abandonment, loneliness, and death. The haunting portrait of isolation stands as one of the year’s most uncompromising films.

I could say plenty about the latest collaboration from director Adam Wingard and writer Simon Barrett. I could explain its fresh, contemporary spin on testosterone-fueled 80s-era action thrillers. I could elaborate on its sexy visuals, its pulsating soundtrack, and its unrelentingly cool style. I could most certainly drool over Dan Stevens‘ transformation into a hot and dangerous super solider. But mostly I just want to say, “Holy shit, this movie!”