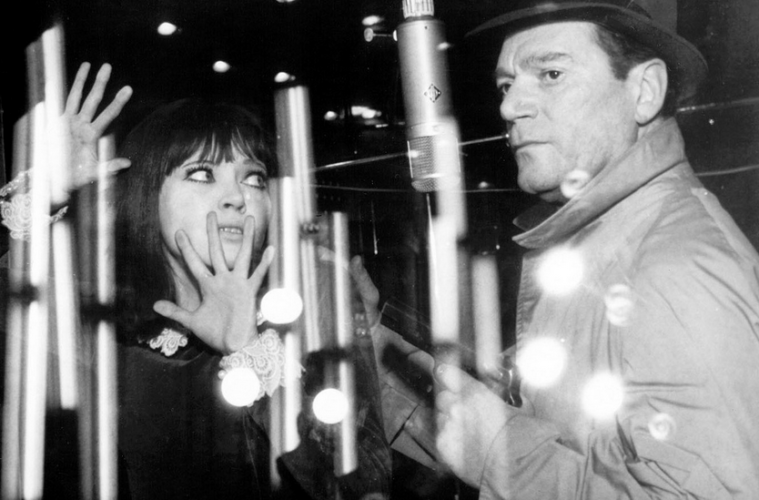 Sabine Azéma will preside over the Caméra d’or Jury this year at Cannes.

Watch a video essay in honor of Alphaville‘s 50th anniversary:

Manoel de Oliveira’s 1981 film, only to be screened after his death, did so in his hometown this week, Cineuropa reports:

Visita ou Memórias e Confissões is striking thanks to its unconditional freedom, in terms of both its form and its content, and its title is absolutely in line with what is depicted in the film: a visit (to a house); memories (from a lifetime); and confessions (of a 73-year-old director who probably didn’t expect he would continue filming as long as he did). Trees have roots, houses have foundations, and Oliveira had a family. The film starts off with the director reading the names of his technical and artistic crew as a voiceover while filming the trees in the garden of the house where he lived with his wife, Maria Isabel, and with his four children for over 40 years. The house was then, in the early 1980s, about to be sold in order to pay off some debts.

It was very rare that he was satisfied with the first cut. He was changing many times and I learned a lot this way because I saw that if you are looking for something, you have to do a very thorough job and look at everything you have, to understand, to discover. It’s something very important. I’m never afraid by the editing work because I learned from him that each time you start again on a sequence, you have the experience to reach for something different, more interesting. He would say, ‘Okay, now put this with this,’ and we would start again. Even when he didn’t tell us explicitly, we understood that he was trying for another effect. And sometimes later, coming back to a finished sequence, he would continue to make changes to improve it. It was a lesson in how to be creative and disciplined at the same time.

In great observational filmmaking, the camera is a character. It has its own unique gaze. The audience, consciously or unconsciously, judges how it’s directed. In many situations every movement, every zoom, and every pan is a loaded ethical and aesthetic decision. The visit to Sakharov’s grave derives its power from the empathy and expressiveness of Maysles’s camerawork, which fully registers the complex and intense emotions brewing in this space. The camera adjusts at the precise moment it threatens to lapse into gawking, allowing the Rostropovich family their space.

Noah Baumbach, Joel Coen, Wes Anderson and Jim Jarmusch at the premiere of a restored 'Pather Panchali' at @MoMAFilm. pic.twitter.com/JULQxYzokr