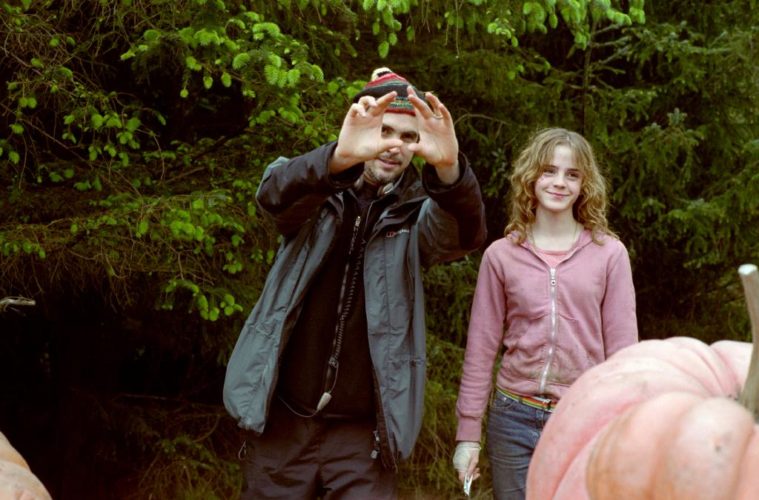 Update: Alfonso Cuarón will not be directing the project (nor the rumored prequel to The Shining, as reports indicated last week), telling EFE, “It was a very beautiful experience for me. I have a lot of love for that universe and I tremendously admire J.K. Rowling, but today, for the present, projects based around lots of visual effects don’t attract me. I’m coming out of a five-year process of doing visual effects and now I sort of want to clean my palate of that a little bit.” Check out the original story below.

After providing one of the best apocalyptic, character-centered dramas of the last decade with Children of Men, Alfonso Cuarón took us to space last year with the long-in-development Gravity. As that film defied all expectations, recently ending its box-office run with over $715 million worldwide, the director certainly has his pick of the litter when it comes to an upcoming project and today we have the first hint at what it might be.

According to a site-less Nikke Finke, she tweeted that the helmer is in “deep talks” to return to the world of J.K. Rowling after helming the best film of the franchise, Harry Potter and the Prisoner of Azkaban. With that story concluding, Cuaron would be taking on the spin-off, Fantastic Beasts and Where to Find Them, announced last year. Following the adventures of Newt Scamander, the story originates from Harry Potter’s Hogwarts textbook (taking place in New York City, 70 years before that wizard’s story begins) and was written by Rowling in 2001.

With a script coming from the author herself, the film series is said to include familiar creatures, but she insists it’s “neither a prequel nor a sequel to the Harry Potter series, but an extension of the wizarding world.” As much as we admire the director and there’s no doubt he’d make a worthwhile spin-off, we’d much rather see him take on more original material following his recent success. We’ll simply have to wait for confirmation if this will indeed be his next project, one that would reteam him with Gravity producer David Heyman.

Fantastic Beasts and Where To Find Them will open on November 18th, 2016.

Would you like to see Cuarón direct this spin-off?