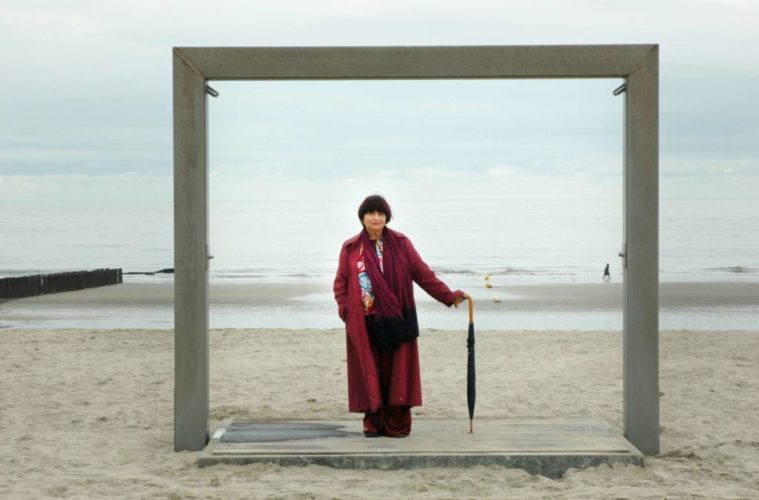 New to Streaming: ‘The Beaches of Agnès,’ ‘Glass,’ ‘Stories We Tell,’ and More

The Beaches of Agnès (Agnès Varda)

One week ago today we learned the news of cinematic pioneer Agnès Varda’s passing. Along with countless heartfelt appreciations, a few services are making it easier to see her films, namely MUBI. They are currently streaming a trio of her works: The Beaches of Agnès, Jacquot De Nantes, and Salut Les Cubains. Today we’re spotlighting her 2008 documentary, which takes a playful, emotional look at her upbringing and filmmaking career in a deeply personal way. – Jordan R.

A few minutes into Helena Wittmann’s Drift, two young ladies sit at a bar and recount an old myth from Papua New Guinea. It’s an anecdote of the world’s creation. Back when the Earth was a single primeval ocean, a giant crocodile would paddle back and forth around the planet, preventing the sand to settle. But when a man arrived and killed the beast, the paddling ceased, the sand started to densify, so the land and sea came into being – and that’s why the world is the way it is today. – Leo G. (full review)

Almost three years ago, M. Night Shyamalan—famous and infamous for his twist endings—pulled the greatest cinematic reveal yet in his career. At the end of Split, the story of three girls kidnapped by a man with Dissociative Identity Disorder, it is unveiled that not only is that man capable of supernatural feats, but that the whole movie had been a sort of stealth sequel to Unbreakable, his 2000 film starring Bruce Willis as a man realizing he may be a superhero. Now, with his narrative cards laid firmly on the table, Shyamalan returns with Glass, the presumptive finale to his comic book movie trilogy, a film that seems designed to disappoint, delight, and confuse in equal measures. – Brian R. (full review)

The Kid Who Would Be King (Joe Cornish)

Cornish returns to feature filmmaking with another politically-tinged follow-up: The Kid Who Would Be King, a family-friendly adventure film inspired by the legend of King Arthur. After normal boy Alex Elliot (Louis Ashbourne Serkis) discovers he’s the true heir to Arthur’s legacy when he pulls Excalibur from a stone, he assembles a round table—shy best friend Bedders (Dean Chaumoo) and two bullies-turned-allies (Tom Taylor and Rhianna Doris)—to defeat Morgana (Rebecca Ferguson), Arthur’s half-sister, from summoning evil forces into the world. A spritely, all-knowing Merlin, assuming teen (Angus Imrie) and elder (Patrick Stewart) selves, acts as a guide in their journey, but it’s Alex who must rise to the occasion and save England from ruin. – Vikram M. (full review)

Comedy can go to some dark, taboo places, and, boy, it doesn’t get much more dark and taboo than examining how the effects of bipolar disorder might lead a mall cop with delusions of grandeur to do some really awful things. Mall cops are a ready source of comedy, both successful and unsuccessful, due to the supposed importance of their position being both non-existent and, even if it were, hilariously pointless. Seth Rogen, however, finds levels of anger and pain and narcissism that exceed one’s wildest expectations for the profession. Given the dark, dark places that this movie goes, its a small miracle that Observe and Report never loses pace with its twisted comedic beat. – Brian R.

The world is terrible, and full of monsters. So says the core of solid dread within John Krasinski’s A Quiet Place. Informed by more than just his multi-hyphenate skills and assured suspense chops, it’s macabre storytelling that taps into an ever-evolving anxiety around safety, stability and overall control of our circumstances. In a thinkpiece-ready age where almost every film seems to be viewed against the current climate, Krasinski’s creature feature could veritably stand-in for the anxieties of the now. Thankfully, it prefers to remain a ubiquitous commentary, and a lean, mean Spielbergian thrill ride to boot. – Conor O. (full review)

A suicide. A stillborn baby. A woman holding the latter as she leaves the former to show her husband and the now widower father the results of the harrowing night thus far kept off-screen. We hear the wind blowing as the camera pushes in towards Lizzy Macklin’s (Caitlin Gerard) haunted face in silent shock. Only after she washes the blood from her body and sees Isaac (Ashley Zukerman) place her rifle against the table does she speak and only after mother and child are buried do we finally start to receive some answers. Isaac is taking Gideon (Dylan McTee) back to the city so he can settle his affairs and let his wife Emma’s (Julia Goldani Telles) family know what occurred. This leaves Lizzy alone to remember everything. – Jared M. (full review)

Last Hurray for Chivalry
The Umbrellas of Cherbourg

She-Man: A Story Of Fixation
The Fire