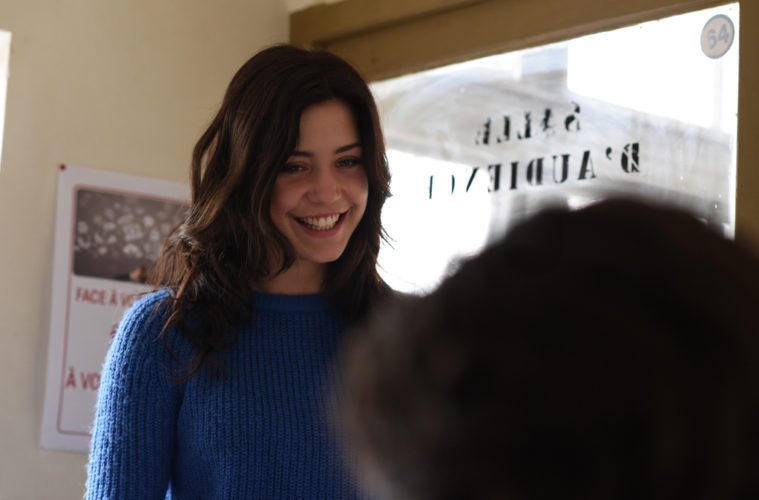 Since her break-out role in the Palme d’Or winner Blue Is the Warmest Color, Adèle Exarchopoulos has mostly stayed in Europe, taking part in a number of modest dramas the last few years. Her one foray into American filmmaking didn’t exactly go as planned at Cannes this year, but she has a number of other projects in the works, including Pierre Godeau‘s Down By Love. Tracking the tale — loosely based on a real-life 2011 story — of romance between an inmate and her caretaker, the first trailer has now arrived.

In their review, Screen Daily said, “The idea of forbidden — or at least incredibly inappropriate — romance takes on interesting contours in Down By Love (Eperdument), a reality-inspired tale in which the woman is an inmate at the correctional facility run by the man. As transgressive behaviour goes (Wait! You mean the warden isn’t supposed to engage in mutually satisfying nookie with a prisoner half his age?) this increasingly unsettling tale sets the bar as high as electrified prison walls and would probably veer towards silliness were it not for the very fine work by its two leads Adele Exarchopoulos and Guillaume Gallienne.”

Down by Love is seeking U.S. distribution.