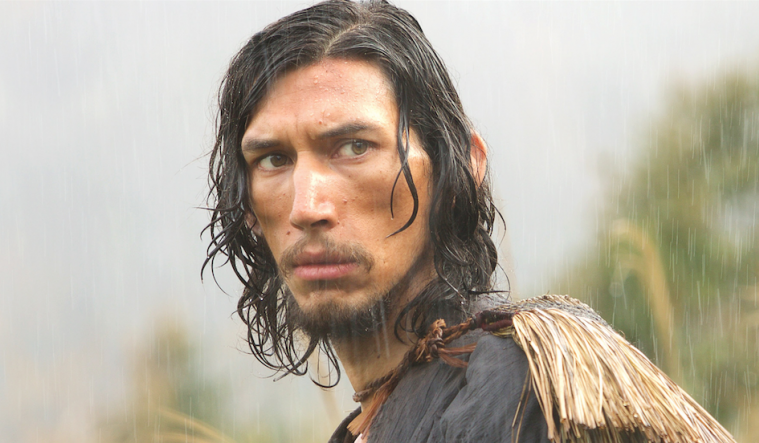 Quite soon you can stop playing the trailer on loop as in just three weeks Martin Scorsese‘s Silence will finally be released. To kick of the promotional tour, the director stopped by the Vatican to hang out with Pope Francis this morning for about 15 minutes, discussing Shūsaku Endō‘s novel (which the Pope has read) and “the experience of Jesuit missionaries in Japan,” according to Variety.

It also wouldn’t be awards season without an actor opening up about a grueling experience on set, however this year it seems to be for a more worthwhile outcome. Adam Driver, who plays one of the Jesuit priests alongside Andrew Garfield, lost 50 pounds for his role, 40 percent of which during filming, according to Telegraph, and he’s discussed more of the “extreme” experience.

“He asked us to lose weight. When the movie begins, the characters have been traveling for two years, from Portugal to Macau, sailed around Africa. There’s disease and shortage of food,” Driver tells Noah Baumbach for Interview Magazine. “They’re already kind of depleted when they get to Macau before their last leg to Japan. There’s a lot of storytelling happening off camera. When we come in, the stakes are already so high, and then we continue to lose weight. He wanted to see that physically. He asked us to lose a lot of weight. I didn’t know how much that was going to be. And, I can’t control what’s happening in scenes, but I could control when I ate food.”

He adds, “And that visual part of the storytelling, I don’t think I’ve ever taken it to the extreme before. It’s an interesting thing. You’re so hungry and so tired at some points that there’s nothing you can do—you’re not adding anything on top of what you’re doing. You only have enough energy to convey what you’re doing, so it’s great. There are other times where a scene’s not working and you don’t have the energy to figure out why it’s not working.”

Check out Scorsese’s meeting with the Pope below, along with new images and a U.K. poster (via Picturehouse).

Martin Scorsese has met with Pope Francis ahead of the Vatican premiere of #Silence and gifted him a pair of paintings. pic.twitter.com/JzqeYtsO9G

Martin Scorsese’s SILENCE tells the story of two Christian missionaries (Andrew Garfield and Adam Driver) who face the ultimate test of faith when they travel to Japan in search of their missing mentor (Liam Neeson) – at a time when Christianity was outlawed and their presence forbidden. The celebrated director’s 28-year journey to bring Shusaku Endo’s 1966 acclaimed novel to life will be in theaters this December.

Silence will begin its release on December 23 before expanding in January.