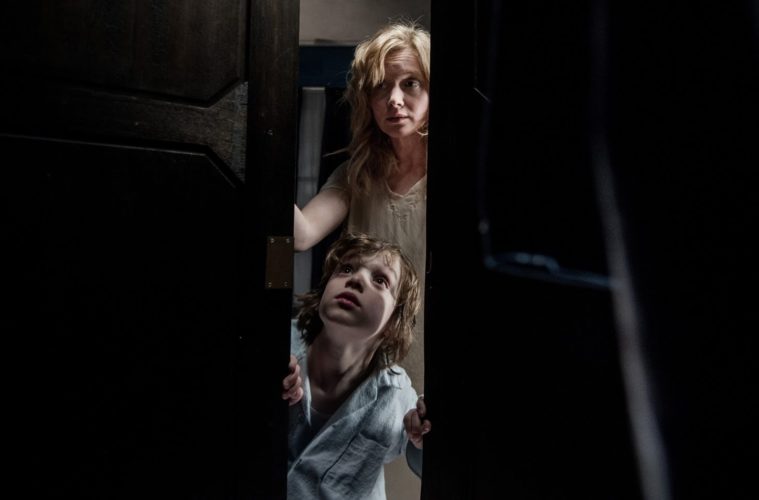 While a number of horror features made their way to Park City this year, few seemed to garner as much buzz as Jennifer Kent‘s directorial debut The Babadook. After touring other festivals, it’ll finally touch down in theaters this fall, in the U.K. in late October and a month later in the U.S., and today brings a new trailer.

Following the widowed Amelia (Essie Davis) and her ostracized six-year old Samuel (Noah Wiseman), we said in our review, it “may utilize familiar horror iconography like dank basements and insect infestations but it’s main ghoul is a creation that directly recalls german expressionist creations like that of The Cabinet of Dr. Caligari. This return to the more sinister and meager horrors of the past reinforces the film’s most potent theme: there are some monsters and some pains we will have to contend with for a very long time.” Check out the new trailer below.

Six years after the violent death of her husband, Amelia (Essie Davis) is at a loss. She struggles to discipline her ‘out of control’ 6-year-old, Samuel (Noah Wiseman), a son she finds impossible to love. Samuel’s dreams are plagued by a sinister monster he believes is coming to kill them both.

When a disturbing storybook called ‘The Babadook’ turns up at their house, Samuel is convinced that ‘The Babadook’ is the creature he’s been dreaming about. His hallucinations spiral out of control and as he becomes more unpredictable and violent, Amelia is genuinely frightened by her son’s behaviour.

But when Amelia begins to see glimpses of a sinister presence all around her, it slowly dawns on her that the thing Samuel has been warning her about may be real.

The Babadook arrives on November 28th.