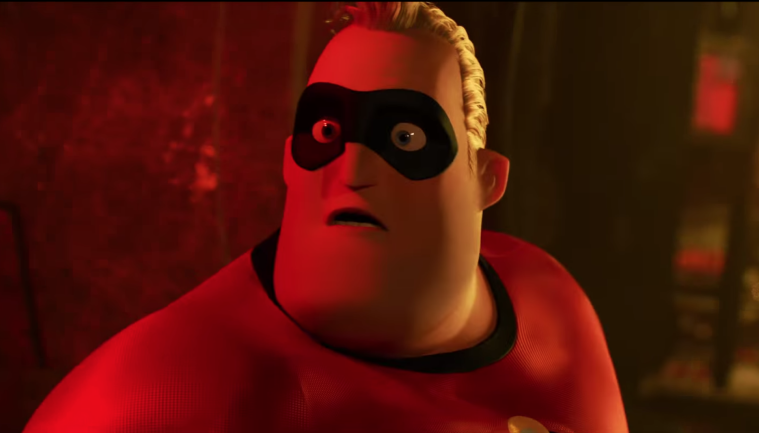 After years of clamoring for a sequel, and getting a few unneeded franchise extensions in between from Pixar, the company finally brought back writer-director Brad Bird and Incredibles 2 will be arriving this summer. Featuring the original voice cast of Holly Hunter, Craig T. Nelson, Sarah Vowell, Samuel L. Jackson and John Ratzenberger, as well as franchise newcomers Huck Milner, Bob Odenkirk, Catherine Keener, Sophia Bush, Jonathan Banks and Isabella Rossellini, a new trailer has arrived.

“It starts right as the first one finishes, so it just carries on [after a minute has passed]. It starts with the Underminer and a big old set piece,” Bird previously said regarding where we find our superhero family. “You know that at the end of the first movie when he comes up and you see the family dressed as superheroes, well that’s where start this movie.”

See the new trailer below, along with a batch of posters.

In “Incredibles 2,” Helen (voice of Holly Hunter) is called on to lead a campaign to bring Supers back, while Bob (voice of Craig T. Nelson) navigates the day-to-day heroics of “normal” life at home with Violet (voice of Sarah Vowell), Dash (voice of Huck Milner) and baby Jack-Jack—whose superpowers are about to be discovered. Their mission is derailed, however, when a new villain emerges with a brilliant and dangerous plot that threatens everything. But the Parrs don’t shy away from a challenge, especially with Frozone (voice of Samuel L. Jackson) by their side. That’s what makes this family so Incredible.