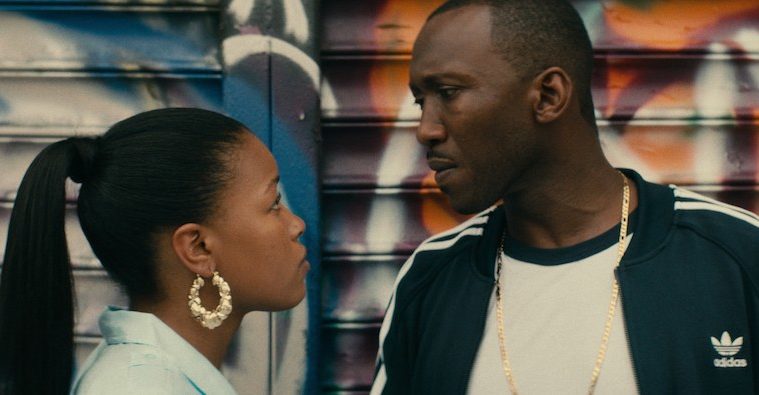 A Star is Born in First Trailer for ‘Roxanne Roxanne’

At the age of 14, the Queens-based Roxanne Shanté emerged on the hip-hop scene, becoming a young star in the process. Now the subject of a new biopic Roxanne Roxanne, after premiering at Sundance Film Festival last year, Netflix picked up the film and ahead of a release in a few weeks, the first trailer has arrived. Written and directed by Michael Larnell, and starring Mahershala Ali, Nia Long and newcomer Chanté Adams, the film comes from the producers of Dope and Fruitvale Station.

“Get ready to hear the name Chanté Adams,” we said in our review. “She’s the stand-out in Michael Larnell‘s by-the-books, but nevertheless engrossing Roxanne Roxanne. Backed by producers, which include Forest Whitaker and Pharrell Williams, Larnell can count on more than just Adams’ star-making performance to make the film feel vitally alive as Nia Long and Mahershala Alialso provide captivating supporting turns.”

Life is a battle.

In the early 1980s, the most feared battle MC in Queens, New York, was a fierce teenage girl with the weight of the world on her shoulders. At the age of 14, Lolita “Roxanne Shante” Gooden was well on her way to becoming a Hip-Hop legend as she hustled to provide for her family while defending herself from the dangers of the streets.