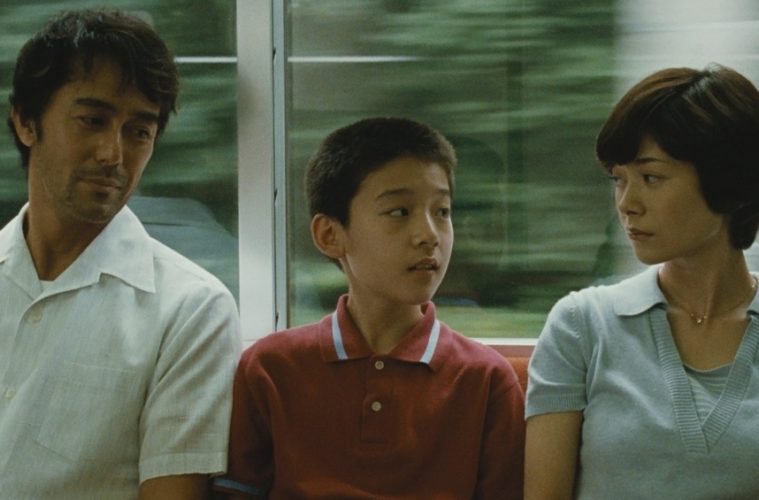 A Family Reunites in U.S. Trailer for Hirokazu Kore-eda’s ‘After the Storm’

We may be only a few days in 2017, but one of the best films of the year thus far is Hirokazu Kore-eda‘s latest drama After the Storm. Premiering at Cannes Film Festival last year, the heartfelt, complicated character study (as it relates to Hiroshi Abe’s Ryota, who is attempting to heal familial connection with his son and ex-wife) will get a release this March from Film Movement and a new trailer has arrived.

We said in our review, “Can our children pick and choose the personality traits they inherit, or are they doomed to obtain our lesser qualities? These are the hard questions being meditated on in After the Storm, a sobering, transcendent tale of a divorced man’s efforts to nudge back into his son’s life. Beautifully shot by regular cinematographer Yutaka Yamasaki, it marks a welcome and quite brilliant return to serious fare for writer-editor-director Hirokazu Kore-eda following last year’s Our Little Sister, widely regarded as one of the slightest works of his career thus far.”

Check out the trailer below thanks to The Playlist along with Akiko Stehrenberger‘s excellent poster.

Dwelling on his past glory as a prize-winning author, Ryota (Hiroshi Abe) wastes the money he makes as a private detective on gambling and can barely pay child support. After the death of his father, his aging mother (Kirin Kiki) and beautiful ex-wife (Yoko Make) seem to be moving on with their lives. Renewing contact with his initially distrusting family, Ryota struggles to take back control of his existence and to find a lasting place in the life of his young son (Taiyo Yoshizawa) – until a stormy summer night offers them a chance to truly bond again.

After the Storm opens on March 17. See the theatrical roll-out here.