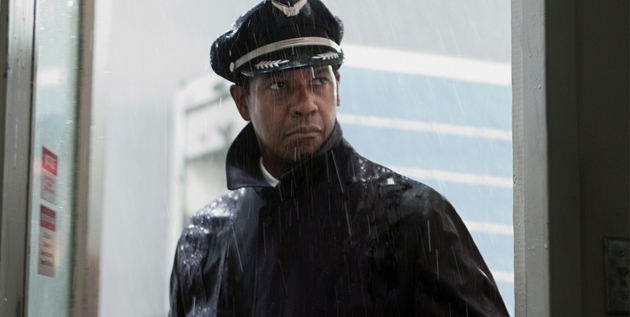 5 Films To Watch Before Seeing ‘Flight’ After a string of fairly run-of-the-mill action films, Denzel Washington has finally returned to dramatic territory with one of his most accomplished roles yet in Flight. Set to hit theaters this weekend, Robert Zemeckis‘ first live-action film in over a decade is set to surprise many with its unconventional structure and rooted character study. Ahead of the release, we’ve selected five features that would be worth brushing up on before heading to see this drama. Check out the rundown below and let us know what you’d recommend.

With his long, greasy hair and never-ending five’o clock shadow, a young Mickey Rourke commands the screen as Charles Bukowski persona Henry Chinaski in this slow burn of an addition drama. Featuring innovative lighting (the now industry-standard Kino-Flo was invented for this film) and a brave turn by then fading starlet Faye Dunaway, Barfly is one of the stronger performance pieces out there. – Dan M.

In yet another Bukowski tale, Matt Dillon‘s character tries to make something of himself in the literary world while also working a series of odd jobs and coming across a whole host of interesting characters and romantic partners. Much like Flight, Factotum is a character study about an alcoholic but hopefully unlike the former, it presents a romanticized look at being a “starving artist.” It’s not a connected movie so much as a series of vignettes strewn together loosely, but Bukowski fans will be pleased with this adaptation and those like me who wish they could just shirk responsibilities and live life on the fly will find Factotum worthy of living vicariously through. – Jon S.

The Flight of the Phoenix (Robert Aldrich, 1965)

It may seem a strange choice, but this Jimmy Stewart classic was something of a dark turn for the beloved actor, much like beloved Denzel Washington‘s turn in Flight. Playing the pilot of a plane crashed in the middle of the desert, Stewart’s Frank Towns fights with feelings of desperation, anger and insanity, slowly losing grip on any sense of leadership he once held. It’s hard to watch someone you like so much make so many bad decisions in two short hours. – Dan M.

This one is an under-seen little gem from the mid-70s, directed by George Roy Hill and starring Robert Redford as a talented pilot who just missed out on the dogfighting glories of World War I. Determined to prove his claim as “the second best pilot in the world” (behind the German ace Ernst Kessler of course), Waldo risks life, limb and love. – Dan M.

As Robert Zemeckis uses one of Hollywood’s most recognizable faces to explore the complexity of addiction in Flight, close to a few decades ago Mike Figgis led Nicolas Cage to a career-best, Oscar-winning performance as a downbeat alcoholic. While Figgis’ take is a little more raw than this weekend’s drama, both films feature a startlingly tragic look at this life-altering disease. While Washington clearly has his pick of the action litter, Las Vegas also led Cage to the three-punch of The Rock, Con Air and Face/Off. – Jordan R.

What films would you recommend seeing before Flight?