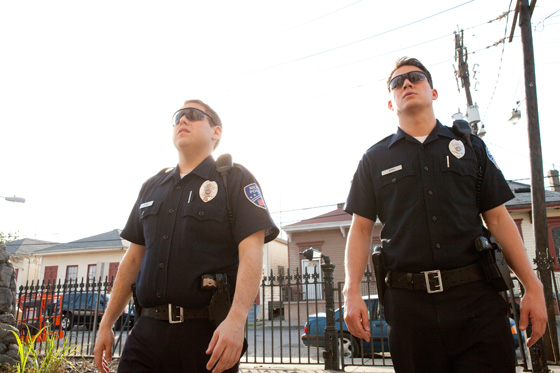 Sadly, the world cannot call him “Oscar-winner Jonah Hill,” (although trailers featuring him for years to come can list him as “Academy Award Nominee;” just picture it), but hot off his nominated turn in Moneyball, he’s got 21 Jump Street on the way… and a sequel is already in the scripting phase. [E! Online]

The advance word is remarkably strong for the update of the 80’s TV series starring Johnny Depp and Richard Grieco, and the studio must have a lot of faith in this thing. The red band trailer is hysterical, with Hill and co-star Channing Tatum exuding an offbeat chemistry. Since he has story credit on this, Hill has confirmed that he’s working on the next installment: “We got [the greenlight] by the studio to start writing the sequel.”

That’s it for now. No word on how they’ll move this forward, or if perhaps Hill and Tatum’s characters will pass the mantle to a new generation of young-looking detectives (since they’re already past the age of passing for high school students). This current remake frenzy has long past the point of wearing thin, but this one at least looks entertaining. More on the sequel as details become available.