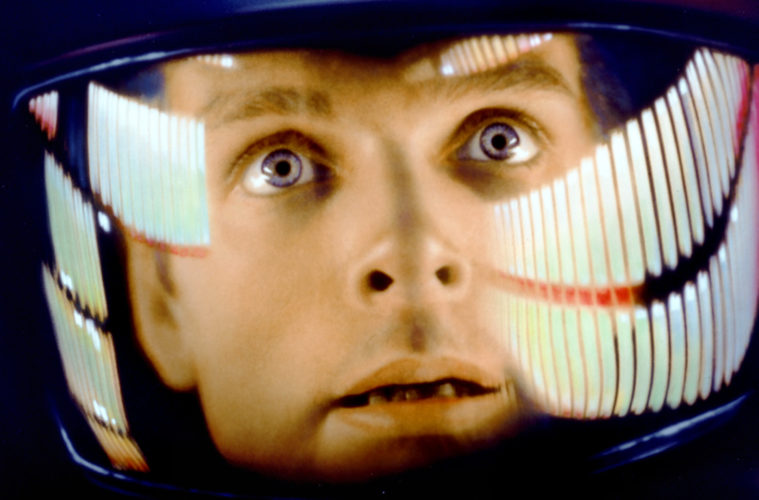 50 years ago today, Stanley Kubrick’s 2001: A Space Odyssey world premiered at the Uptown Theater in Washington, D.C., and the sci-fi genre was never the same since. Now, half-a-century later, die-hard admirer of the film, Christopher Nolan, has worked with Warner Bros. to recreate the experience as best he can for audiences today. It’s been announced that he’s helped to master a new unrestored 70mm print that will debut at Cannes and then roll out to select theaters starting May 18. Read details courtesy of Cannes–where Nolan will also give a masterclass–below.

For the first time since the original release, this 70mm print was struck from new printing elements made from the original camera negative. This is a true photochemical film recreation. There are no digital tricks, remastered effects, or revisionist edits. The original version will be presented to recreate the cinematic event audiences experienced 50 years ago. A longtime admirer of the late American auteur, Nolan worked closely with the team at Warner Bros. Pictures throughout the mastering process.

Nolan added, “One of my earliest memories of cinema is seeing Stanley Kubrick’s 2001: A Space Odyssey, in 70mm, at the Leicester Square Theatre in London with my father. The opportunity to be involved in recreating that experience for a new generation, and of introducing our new unrestored 70mm print of Kubrick’s masterpiece in all its analogue glory at the Festival de Cannes is an honour and a privilege.”

It’s also not the only act of appreciation for the film’s 50th anniversary. The Guardian interviews a handful of talented people, both close to the production, and others, about its impact. Ahead of her own sci-fi film High Life, Claire Denis said, I saw 2001 on a giant screen in Paris, and I was blown away. You knew it took place in space, but I didn’t expect that kind of strange reflection on humanity. I wasn’t sure I understood this mysterious philosophising, the black monolith, all that. But I accepted all of it. It’s not possible to imitate a single thing from 2001 – it’s taboo, private territory. For one thing, to do the special effects you have to film models in a sort of choreography; modern special effects are very beautiful, but they don’t give the same physical impression. And space films are no longer voyages into the unknown – science has advanced a lot since then.”

2001: A Space Odyssey will return to theaters on May 18, followed by a new home video release later this year.