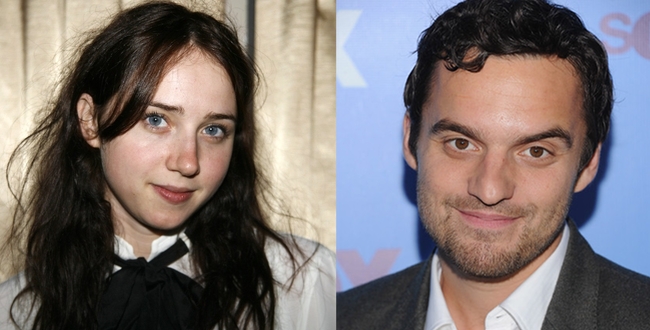 Zoe Kazan, Jake Johnson To Star In ‘The Pretty One’ Up-and-comers Zoe Kazan (Meek’s Cutoff) and Jake Johnson (New Girl) have been set to star in Jenee LaMarque‘s directorial debut, adapting her own 2011 Black List script The Pretty One, with production to begin on June 1st in Los Angeles [Deadline].

The film tells of a young woman (Kazan) who is mistaken to be her dead twin sister, then decides to ride out the lie, living the life of her once “perfect” sibling. When she develops feelings for the weird neighbor (Johnson), things get complicated.

Kazan has been making her famed name her own recently, appearing in smart indie fare like Meek’s Cutoff as well as easy, fun studio stuff like It’s Complicated. She can also write, providing the screenplay for He Loves Me, the new film from Jonathan Dayton and Valerie Faris (Little Miss Sunshine), which stars Kazan and boyfriend Paul Dano.

Johnson has also been making waves, stealing scenes in indie comedies Ceremony and the upcoming Safety Not Guaranteed. One hopes he spreads his wings a bit further, in something that sounds somewhat more dramatic then what he’s made his career out of so far.