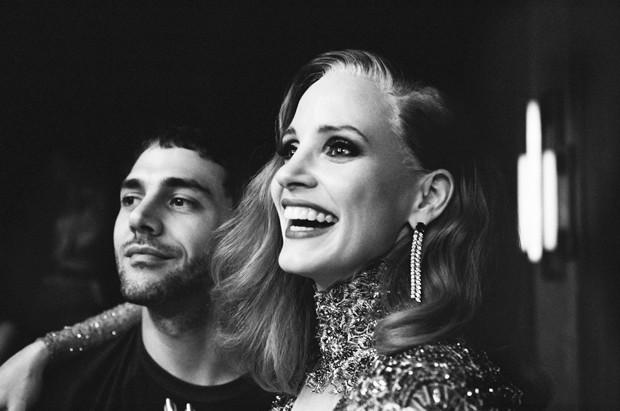 As he puts the finishing touches on his English-language debut The Death and Life of John F. Donovan–featuring the impressive ensemble of Jessica Chastain, Kit Harrington, Susan Sarandon, Kathy Bates, Natalie Portman, Jacob Tremblay, Michael Gambon, and Sarah Gadon–Xavier Dolan is going back to a more narrow scope for his follow-up.

He’ll be returning to Quebec this fall to shoot his eighth feature Matt & Max, reports THR, which is said to mix the aesthetic approach of Tom at the Farm with the spirit of Mommy. Also a return to the French language, the film will depict a pair of friends in their late 20s, with Dolan playing Max. Also among the cast is the wonderful Anne Dorval (Mommy, I Killed My Mother, Heartbeats).

“This year I’ve been exposed to films that I felt were so brave and so authentic in their writing and how they talked about queer love,” says Dolan, referencing Call Me by Your Name and God’s Own Country. “I have felt the need to explore characters that weren’t necessarily gay,” he adds, and “when I read Boy Erased, it touched my heart. I was getting tattooed at the time, and it just took all the pain away. It made me want to go back to writing a script about characters who are gay.”

Speaking about Boy Erased, Dolan stars alongside Lucas Hedges, Nicole Kidman, and Russell Crowe in the gay conversion therapy drama, which comes from Joel Edgerton and will be released this September. Dolan goes on to say that the aforementioned films “gave me the desire to talk about homosexuality from an adult — and not a post-adolescent — point of view, and to talk about my generation and my friends and friendships. It made me want to write about two best friends falling in love who had never realized they could have a preference for men. I want to talk about true friendship and true love.”