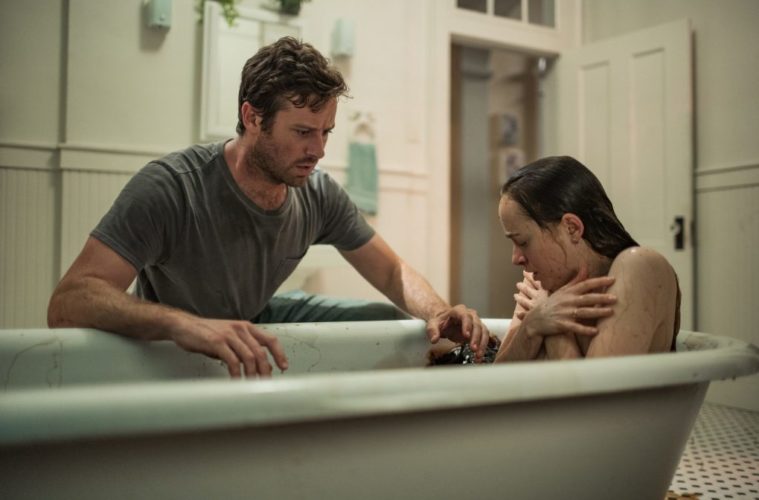 One of the biggest question marks of the year was if, in fact, the horror-thriller Wounds would make its way to screens before 2019 ends. Babak Anvari’s follow-up to Under the Shadow was originally rumored for a spring release following a Sundance debut, but it got pushed back by Annapurna with no updates for months. Now, we have finally have an answer–and it’s arriving much sooner than expected, but not on the big screen. It seems as though Annapurna sold it off to Hulu–in case you couldn’t tell by the egregiously watermarked trailer–where it’ll arrive just in time for Halloween on October 18.

Starring Armie Hammer and Dakota Johnson as a couple whose relationship is tested after a mysterious cell phone is left behind at a local bar, I said in my review from Sundance, “If one wants to watch a sweaty, disturbed Armie Hammer wander around New Orleans as he’s haunted by a malevolent spiritual force, Wounds satisfies on those pleasurable, if undemanding expectations with its engrossing build-up. However, for those hoping that Babak Anvari’s follow-up to Under the Shadow would contain a little more substance in its frights–especially as the third act nuttiness ramps up–prepare for disappointment.”