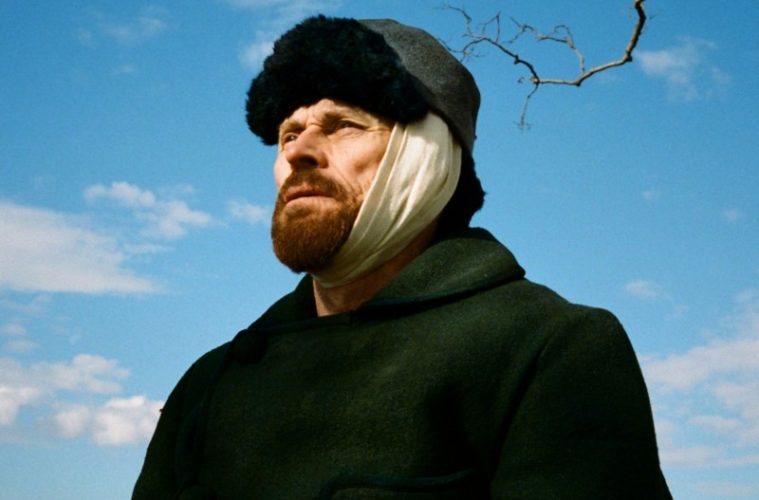 At Eternity’s Gate is not your traditional biopic. Instead of a strictly linear storyline, the film follows Willem Dafoe’s Vincent van Gogh as he captures his experience of the world on canvas during the final years of his life. Julian Schnabel, the equally revered and scorned painter-filmmaker, developed the script with Jean-Claude Carrière after attending a van Gogh exhibit. Schnabel decided Dafoe’s performance should be an embodiment of the misunderstood painter. However, when asked about becoming van Gogh, Dafoe bashfully responds he has more of a relationship to his idea of the man than thinking he manifested the artist’s spirit.

We sat down with Dafoe on the final day of the 56th New York Film Festival, as his film was chosen for closing night. Dafoe talks about van Gogh’s religious upbringing and how it shaped the painter’s vision and why Schnabel teaching him to paint was his primary preparation for the film.

The Film Stage: Will you talk about what you know about van Gogh’s faith background and how that informs his life and work?

Willem Dafoe: He grew up in a very religious environment. His father was a pastor and he did think a great deal about being some sort of pastor early in his life. I think his impulse to create was basically a spiritual impulse.

How do you think that manifested?

Learning how to paint and being in nature, he said he really felt God spoke to him through nature, through beauty. There in the scene where he’s with Mads Mikkelsen [who plays The Priest in the film] he talks about every time he gets upset, all he has to do is go out and look at a blade of grass. [Laughs.] He had an intense relationship with beauty as expressed through nature which was a reflection of some sort of union.

None of us know what van Gogh sounded or his mannerisms. What did you do to show his personality through your performance?

I didn’t think about his personality so much as I thought about painting, and one thing that struck me in his letters is that he was very earnest and sincere. He wasn’t ironic or necessarily playful. He wasn’t socially confident. So I didn’t really have to think about those things, they happened naturally with the nature of the conversations he was having and his relationship with the people. We’re seeing him pretty engaged in his art and engaged in nature and more often than not, these people almost create a disturbance for him. They almost interrupt his revery or explorations.

Will you talk about learning to paint for the role?

It was the essential thing. The beauty of having a film about an artist, about the process of making a painting, was to have someone who knows that very well and that’s Julian [Schnabel]. It was essential that I painted in the film, not only from the practical standpoint because of how we were shooting it, but also to be in his shoes by approaching some of the problems and the riddles his paintings present, that gave me a greater relationship to many of the things that he did and said. So really, learning to paint isn’t about learning a skill, it’s really about finding a new way to see. And when I say see, I don’t mean just limited to painting, I mean really a way look at the world.

When you look at a tree you’re not just seeing a tree, you’re seeing color, you’re seeing light, you’re seeing shapes. Julian taught me to paint the light, to see what was there, not always jump to the representation of what you think is there. It opens up your sensitivity to the way things are and that is a profound thing and that really becomes the engine to understand what he was striving to do. And that relates a lot to what he said that he doesn’t invent the picture, it already exists in nature, he just has to free it. And that’s a very beautiful expression and means a lot to me. So to experience that in trying to paint and hear him trying to say that creates a relationship to him that becomes very personal, very profound, and transformative. So that becomes the motor for inhabiting who he is; it’s like befriending him, it’s like creating a relationship to him. [Laughs.] And then willing yourself to be him, or this idea of him.

Did you find yourself making your own painting or were you imitating his style of paintings?

I was making paintings pretty much to prepare for the scenes. And to prepare for the scenes I was using well-known paintings. Basically, I practiced not necessarily copying him, but trying to know the originals, seeing what we had there and painting. I didn’t paint anything except for at the very beginning to understand the materials and receive Julian’s instruction. Once we were filming, I was just painting in preparation for what I was going to paint on screen or draw on screen.

Because your primary way of preparing for the role was learning to paint for the screen, how do you think you relate to van Gogh as a fellow artist?

Do you have any role in Wes Anderson’s new musical?

At Eternity’s Gate opens in select theaters on Friday, November 16.